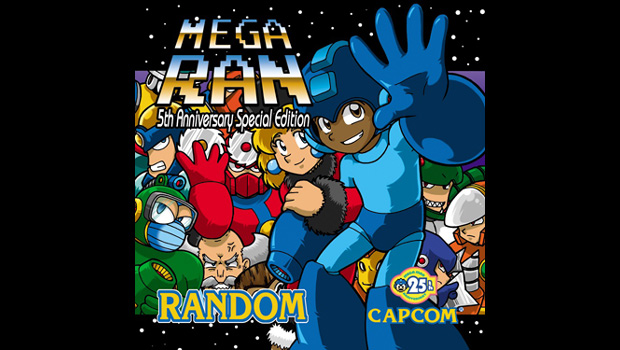 What a lying son of a gun. When rapper Random dropped Mega Ran 10 last year, he also announced his desire to move away from Mega Man-themed projects aside from the odd single here and there. But like Michael Corleone, I can imagine Ran’s muttering under his breath, “Just when I thought I was out, they pull me back in.”

Five years ago, the original Mega Ran album arrived and put Random’s name on the map. His Mega Man hip hop concept album started him down a path that would take him to venues all across the global, from Comic-Con and E3 to the UK and Japan. He owes a lot to the little blue dude, so what better way to celebrate the series’ 25th anniversary than with a two-disc special edition re-release!?

The Mega Ran 5th Anniversary Special Edition, scheduled to arrive on July 12, contains a remastered version of the original album plus new songs, remixes, and instrumentals of every track. The first new single, “Wily,” can be enjoyed above. If you like what you hear, you can go pre-order the album at the Bandcamp link below. The digital release will be $16 while the physical release will be $25.