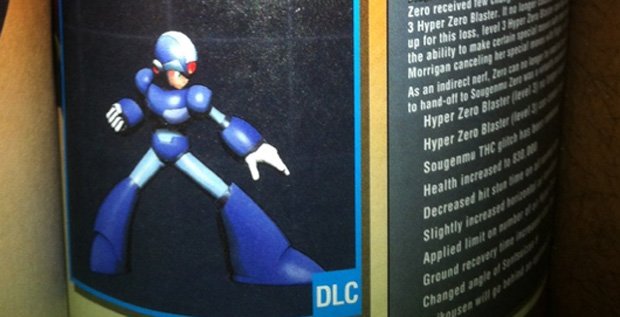 [Update: Hit the gallery for a look at all of the game’s costume DLC. Talbain Amateratsu, Elvis M.O.D.O.K. and O.G. Rad Spencer just made my week. Thanks GeneRamin!]

According to the official guide for Ultimate Marvel Vs. Capcom 3, the game will feature a DLC Mega Man X costume for Zero. Pretty cool, though it’s a little nervy that this wasn’t included in the main game. Nervy or not, it’s up to Capcom to decide how they sell their games. If they want to take the risk of turning off customers by disincluding some content from the initial retail pacakge, then that’s their risk to take. Same goes for if they plan to rerelease Mega Man 8 with new audio that includes Dr Light screaming “No!” at the top of his lungs as Proto Man shoots first. It’s their game, so it’s their call. It’s our call to decide if we think those decisions are worth supporting with our hard earned bucks.

Of course, not everyone sees it that way. Plenty of fans are already taking the situation personally, claiming that Capcom is including this DLC skin in the game just to antagonize fans who want a real Mega Man character in UMvC3. Never mind that Zero is a Mega Man in everything but name (he even got his own series, aptly titled Mega Man Zero!). Never mind that if Capcom were to release Mega Man X via DLC as a full character, fans would complain that he wasn’t in the game at the start, that it will ruin the balance, etc. Never mind that if people really want to play a Vs. fighting game with Mega Man, they can pick up either Marvel Vs. Capcom 2 on XBLA/PSN, or Tatsunoko Vs. Capcom on the Wii right now.

Never mind all that. What matters here is that Capcom isn’t doing exactly what the fans tell them to do all the time. Therefore, they are trolling. Remember that the next time you say or do something that doesn’t 100% satisfy the recipient of your actions, you God damn trolling bastard!

Not How It Looks Theater presents: Mega Man X (isn’t) in UMvC3 [Joystiq]