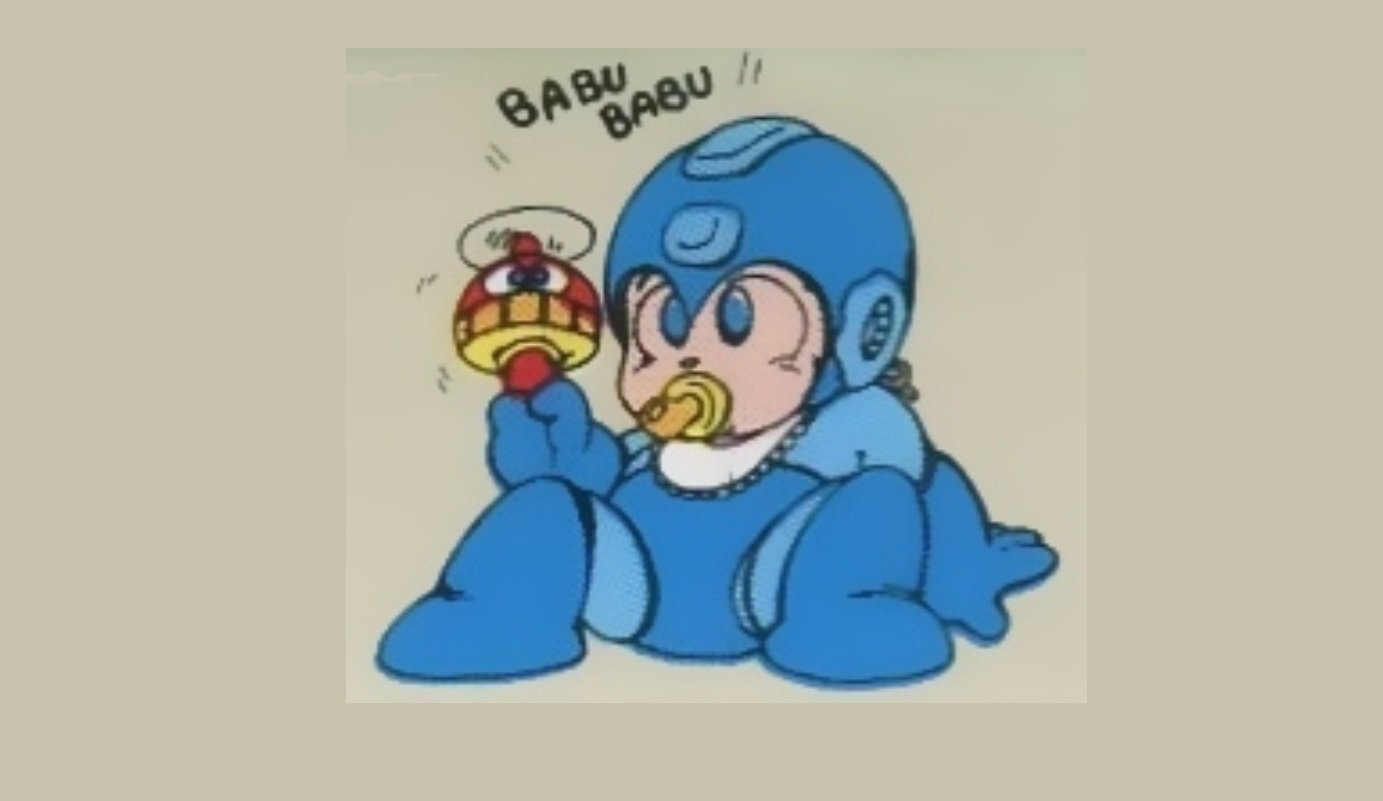 So babies are pretty in right now. But they didn’t use to be!

Other than Muppet Babies there wasn’t nearly as big of a baby craze as there is with “Baby Yoda” and Baby Sonic, but the babies are making a comeback. That includes little Mega Man, which was just recently unearthed by Mega Man expert Protodude, who runs Mega Man site Rockman Corner.

As Protodude points out, the baby drawing actually comes from the packaging of Rockman 2 (Mega Man 2 NES in Japan), alongside of a really strange adult Mega Man picture that just looks like a head crudely pasted on a greaser kid’s body.

There’s no real context for this: it’s just a weird haunted image to help usher you into 2020. Enjoy! Sleep well tonight.