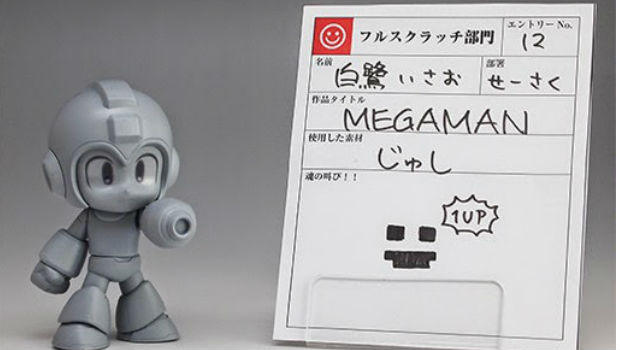 Good Smile Company has been making Nendoroid figures since 2006, offering up a variety of anime and videogame options. But there hasn’t been a Mega Man line just yet. Thankfully due to its internal figure creation contest, we can get a glimpse of a theoretical 10cm figure, modeled after Mega Man’s appearance in Smash Bros.

I’m all over this if it’s officially released, and you can get a glimpse of a few other entries ranging from Morrigan from Darkstalkers to Mars Attacks in this blog posting.