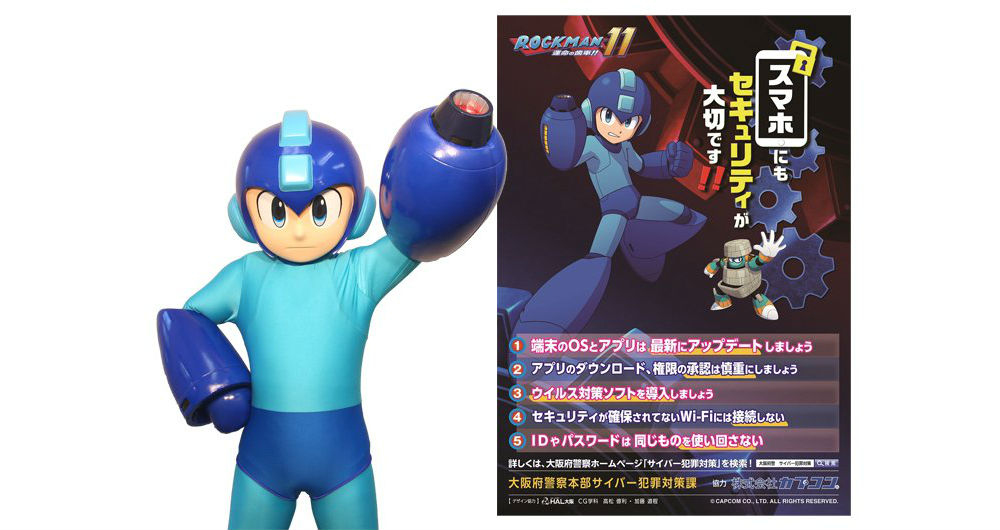 You missed an entire opportunity to have Mega Man.EXE jack in and stop bad guys

Mega Man is pretty mega, this is true. He’s often adopted by various agencies for his services (like Red Bull, which was innocuous outside of this killer art) but now he’s been commissioned by…the Osaka police force?!

Yep, according to the Rockman Unity Twitter account, Japan has officially requested Mega Man to be the face of cyber crime prevention. The “character” has been awarded a letter of appreciation for his services by Osaka over the weekend. The program seems to tie in directly with Mega Man 11: Block Man even shows up on the official decree.

While I definitely get the Mega Man link, there’s a huge missed opportunity here to make Mega Man.EXE the face of the mission. I mean, the dude spends all his time jacked into the cyber world!