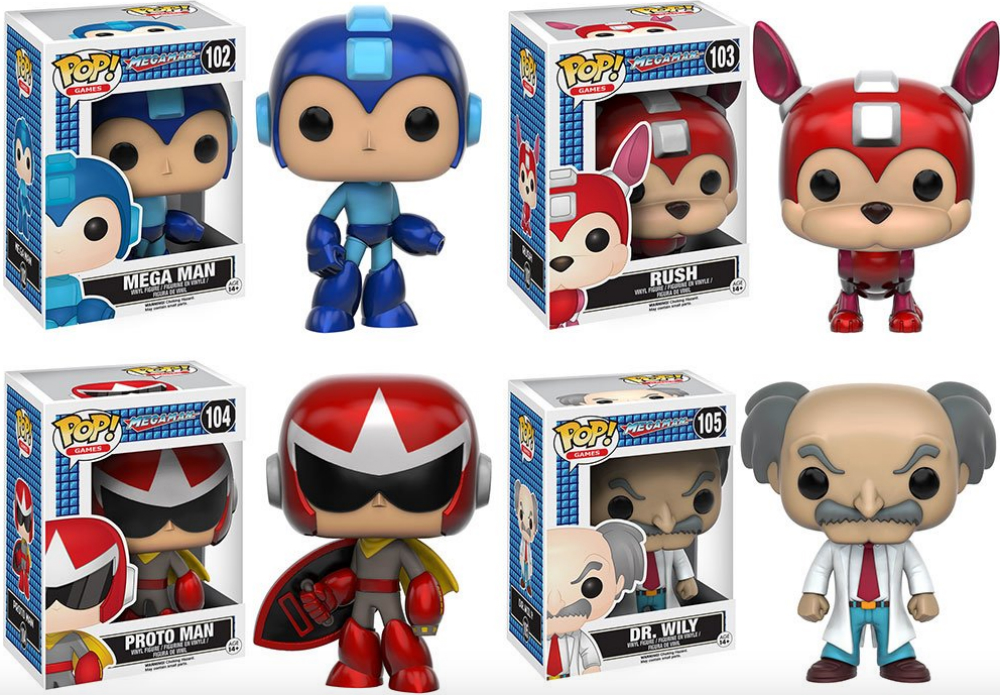 Four figures at the moment

With Funko’s world domination nearly complete, with just about every “pop culture” item in its grasp, it was crazy that Mega Man wasn’t a part of that empire yet. Uh, about that.

Funko has announced that Mega Man, Wily, Rush, and Proto Man are joining its ranks later this year. Rockman Corner is reporting that two variants (Ice Slasher and Fire Storm Mega Man) will be GameStop exclusive, though that information hasn’t been revealed yet. At $9.99 a pop I might pick up the brotherly duo and call it a day, but odds are I’ll eventually pick them all up.

They’ll all arrive in August, and Fallout 4 mini figures are coming in October (I kind of want the Nick Valentine one but they’re blindboxes, so blech).