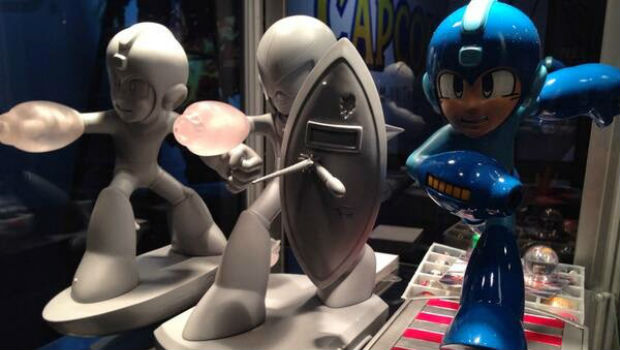 [Update: check out our own pictures from the showfloor in the gallery below!]

Although Mega Man sadly isn’t representing much at E3 outside of his appearance in Smash Bros., First 4 Figures brought their Mega Man statues to the showfloor.

Doing what it does best (sharing news of companies other than Capcom that have honored the character), @MegaMan snapped a quick photo of the three figures on display — two Mega Man statues and one Proto Man.

There’s still no word on pricing or a release date, but these look pretty great already.