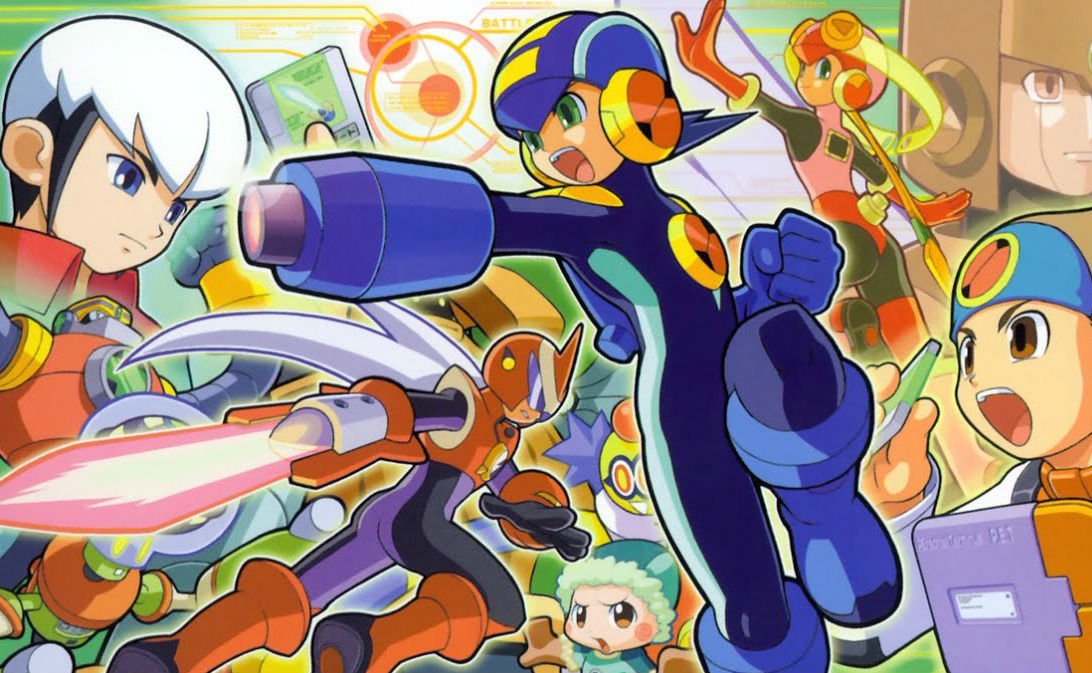 Mega Man Battle Network (also known as Rockman.EXE overseas, which is the name of the character) is one of those spinoffs that will live forever.

I can’t tell you how many folks I’ve met who don’t care for Mega Man proper, only to find out that they love the strategically-oriented gameplay of the Battle Network series. It’s a shining star of the Mega Man world, but here’s the thing: you can only really play the franchise on the original GBA and DS hardware. That may never change, but at least it’s on the radar of a few Mega Man team members now.

After being pressed, Eguchi was surprised at the big demand, saying that he’ll “take note of it.” Ishihara “wishes for them to be ported,” and Hashinaga prefers to play games on original hardware, noting the picturesque color adjustments for the GBA from a designer perspective. As far as a new entry, Eguchi feels that it was a product of the time (before Wi-Fi was prevalent, and the wire themes and “jacking in” made more sense), so he thinks it would be a hard sell now.

Breaking down the social reasons why it may not work, he notes: “I think there’s no longer a shared view of the future. Back on the days of the ‘BBS’, we all gathered in a single place and had fun together but now it’s the days of the ‘SNS’. You could say that ‘society’ was the main subject but we’re shifting into an age where the ‘individual’ is the main subject. The future each of them visualize is different from the others. It’s a very hard problem to be able to summarize or compile that in the world of a game.” He’s right to an extent as the ReBoot-esque intrigue of “the net” is lost, but with some reworks it could work in an interconnected era if the tactical gameplay shines through.

The remnants of Mega Man Battle Network‘s legacy continue to shine through, even in a perfunctory fashion. Multiple references (including a new Mii outfit) can be found in Super Smash Bros. Ultimate, and the series still has a lot of fans. Hopefully something can be done eventually, but for now, expect a long wait: nothing seems to be in the cards. At least the Zero/DX subseries is getting a revival.