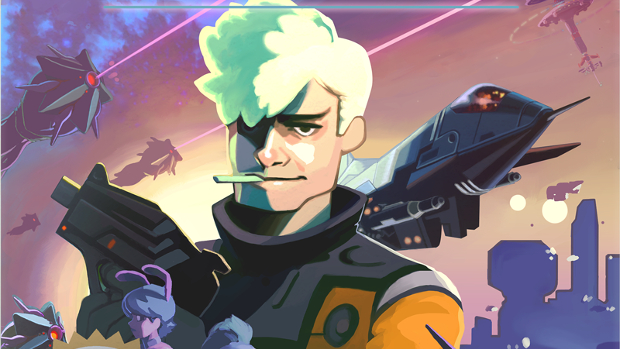 Starr Mazer is a mix of point-and-click adventure game and side-scrolling space shooter, “featuring dynamic story module system for massive replayability, a deep voice-acted story, and beautiful pixel art.” It took a few reads to understand this is a “deep, voice-acted story” and not a story voiced by Keith David.

It looks pretty sweet, though I’m more into the point-and-click half. The PC/Mac/Linux game is going up on Kickstarter in a couple of days. Ahead of that, the team has announced that Mega Man and Mighty No. 9 composer Manami Matsumae would be joining the music team, which includes a number of guest artists, including Gunpoint‘s Ryan Ike.