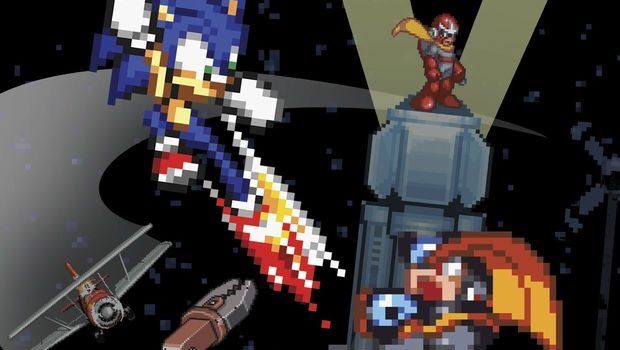 Some time ago, Archie Comics created the “When Worlds Collide” storyline, which brought Sonic and Mega Man together in one wacky continuity, across various comic lines.

IGN now has the scoop one new covers for the upcoming issues, and they happen to feature some pretty awesome 16-bit cover art. Astute Mega Man fans will recognize the sprites from Mega Man & Bass.

The comics themselves will be released on May 29th (for Sonic #249) and June 12th (for Mega Man #26). I’m actually a huge fan of the comic series, but now I wish these were real games too!