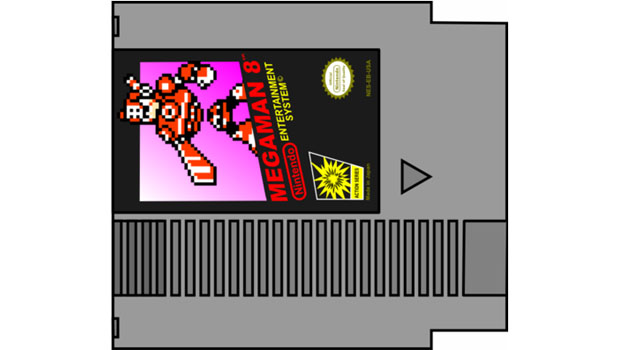 Every once and a while, people take a crack at Mega Man 9 and Mega Man 10 by saying they look like “fan-made projects”. Thing is, that’s not the most effective insult. Technically speaking, Cave Story is a “fan-made project”, but it’s still pretty damn awesome.

So is this NES/Famicom-style recreation of Mega Man 8, which you can download (at your own risk) right here. I haven’t finished it yet, but after sampling a few levels, I can say I’m enjoying it more than the game it’s based on. I like the “real” Mega Man 8 too, but in many ways, it’s a Mega Man game in name only. Not so with this remake. As you’d expect, it looks, plays, sounds, and feels like Mega Man 1-6, 9, and 10, which for Mega Man purists like myself, makes for a more “legit” experience.

This is actually the second time we’ve seen this happen; Mega Man 7 got the same treatment a few years back. I hope Capcom snatches these up and throws them on XBLA/PSN/WiiWare. The worst that could happen is that they’d make “a lot” of money, as apposed to “a hella lot” of money. That wouldn’t be so bad, would it Capcom?

Also, give me Mega Man Vs Marvel Vs Capcom.