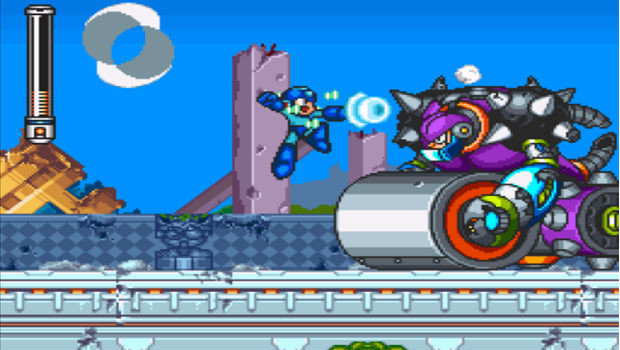 As Capcom previously revealed, the polarizing Mega Man 7 will arrive on the Virtual Console at some point in the near future. Japan is getting it sooner than later though, as the game is scheduled to drop on August 6.

7 is a very strange game, as it doesn’t feel as tight as its predecessors, partially because the sprite sizes feel off and the sound effects feel tinny. Even then, it’s definitely worth playing if you haven’t experienced it yet, so don’t be scared away by disparaging comments from Mega Man junkies.

Whenever you end up picking it up on the Virtual Console region of your choice, enter the code in the below video and play the hidden fighting game with a friend!