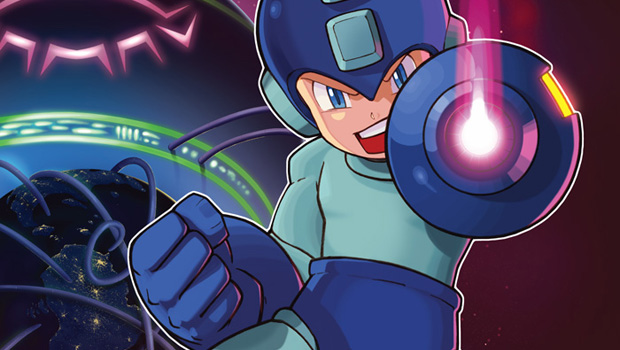 With Archie Mega Man #29, the “Blackout: The Curse of Ra Moon” arc has officially begun. All the world’s technology has been disabled by an EMP wave, causing untold collateral damage that could take years to recover from. Mega Man managed to be brought back online thanks to a special coating developed by Dr. Light and Plant Man’s creator, Dr. Pedro Astil. But there’s still much to be done before a proper counterattack can be launched.

Main art duties for the upcoming four-issue tale have been passed along to series newcomer Mike Cavallaro. Cavellaro is a seasoned industry pro with over two decades of experience, having worked with everyone from DC to IDW and even served as background colorist in cartoons such as Codename: Kids Next Door and Batman: The Brave and the Bold. As such, he’s mastered a variety of art styles that he can employ depending on the material and target audience.

For Mega Man, Cavallaro tried his best to mimic the look of the comic’s past pencillers, such as Ben Bates and Ryan Jampole. “Sometimes, like when working on an animated series, the final designs are decided on by someone else,” Cavallaro explained to me when I reached out for his input. “But if I get to say, then the style must flow out of the story itself, and there’s a lot of sketching and trial-and-error that goes into figuring out exactly what that’s going to be. Comics are a kind of visual handwriting, so a thriller should look different than a comedy or an action adventure story, etc. It’s all about the story you’re trying to tell, or in this case, the story you’re trying to show.” 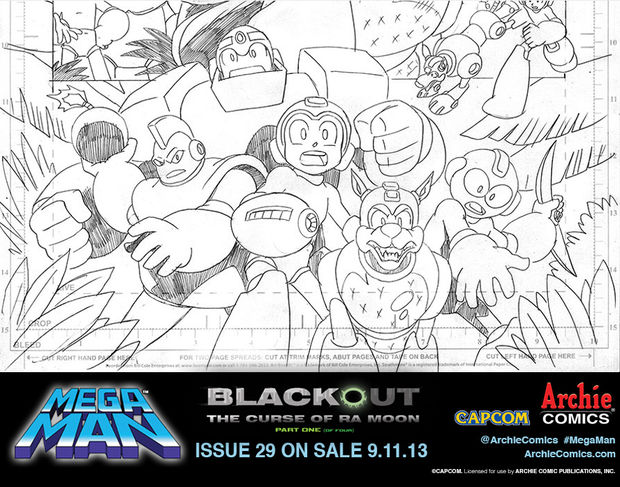 As with “Worlds Collide” Act 2 artist Tracy Yardley!, Cavallaro was not familiar with the Mega Man mythos prior to joining the team. Of course, the best artist does his or her best to catch up on the material, getting a feel for the character relationships and subtle complexity. “I also noticed there’s a LOT of Mega Man artwork out there,” he said in reference to the Mega Man fan art and Japanese Rockman manga scans that he stumbled upon during his research, “and there are numerous stylistic differences that don’t necessarily overlap, so I stick to Archie’s version because that’s what’s pertinent here.”

Osamu Tezuka’s Astro Boy naturally came up when discussing other non-Mega Man robot comics, which led to an unrelated yet fun anecdote about anime and manga fandom from decades past. “I was traveling hours away from home to go to manga and anime conventions in the early 80s — that’s almost 30 years ago! Back then, a so-called anime ‘convention’ took place in a room the size of my kitchen on a side-street in Philadelphia or NYC. There’d be maybe 10-20 people milling around, tops, maybe one guy in a homemade Star Blazers uniform, and the only things to buy were very grainy fourth-generation VHS bootlegs. There was no Internet, and this stuff was incredibly hard to find.”

I can personally vouch for such a story, having purchased my share of boots from very shady mall vendor carts as a young ‘un. Doesn’t have much to do with Mega Man, but I always enjoy looking back at how much has changed in the celebration of our hobbies.

Check out sample pages of MM#29 in the gallery below, along with promo pieces showcasing Cavallaro’s line art from the rest of the arc. The issue will go sale in shops starting tomorrow.