Lurking behind the platforming veneer of the classic Mega Man series is the bones of a interesting narrative. Although it’s typically skippable noise to a lot of you out there the relationship between robotic buddies Dr. Light and Dr. Wily and its eventual deterioration is something I’d like to see explored more.

It’s an arc that the Archie comic series (RIP) did to aplomb, and it looks like Mega Man 11 might be meddling with it again based on its Complete Edition packaging. Capcom just gave us a look at the box featuring young versions of the aforementioned duo (not that Duo), and I gotta say I really dig it.

As a reminder these editions are being sold out of Japan, and there’s an amiibo bundle for Switch and a regular Complete package for PS4. 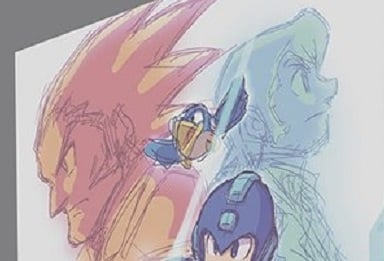