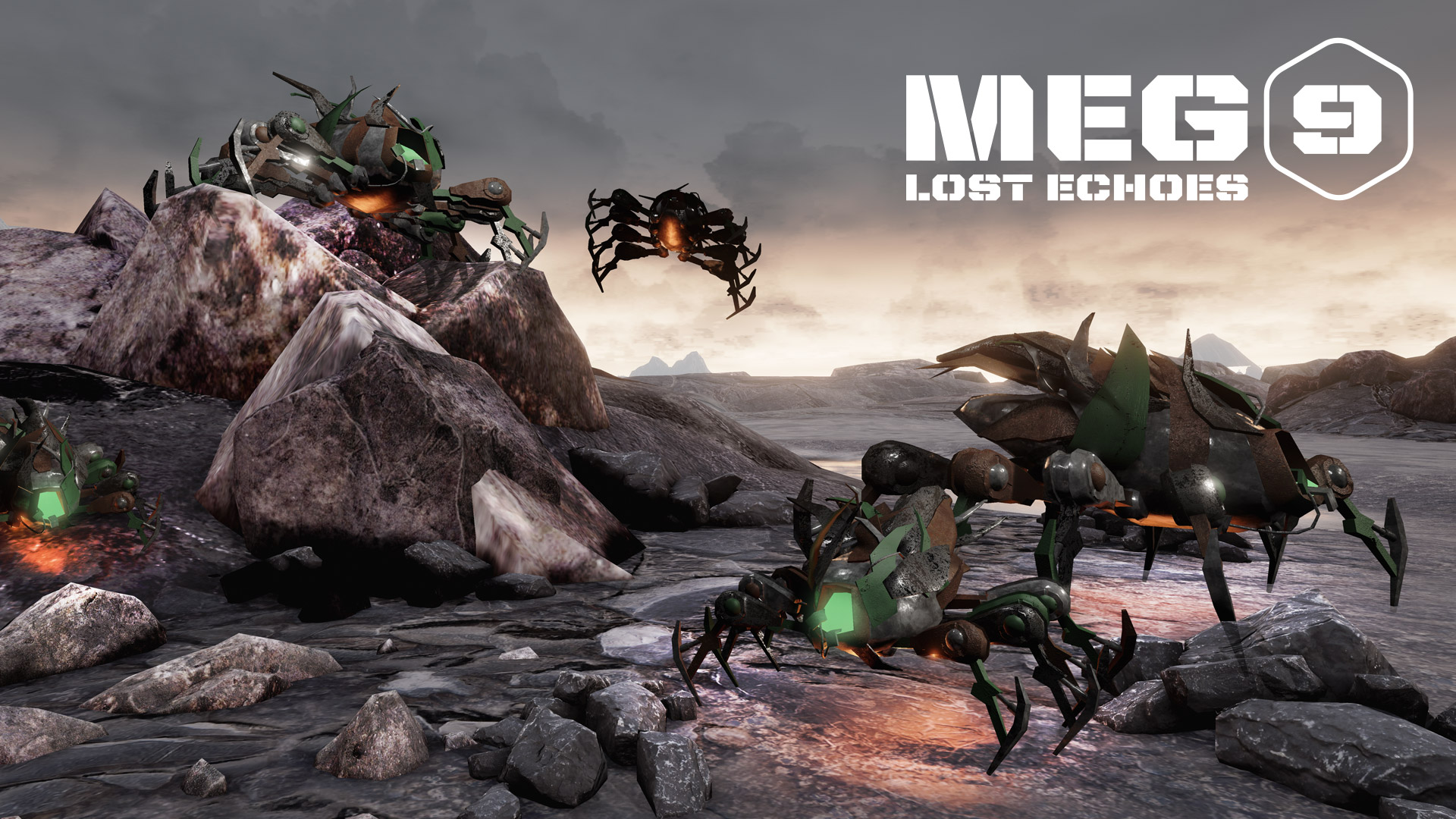 When it comes to games with sci-fi settings, the thing that usually excites me is the locations you’ll be able to visit. Often times, you’ll be blasting foes on other planets throughout the solar system, or invading enemy motherships. But sometimes, you’ll find a game that tries to do something a bit different with their setting, and try to make it as much of a character as any other.

While checking out the sights at PAX Prime 2015, I was fortunate enough to get some hands-on time with MEG 9: Lost Echoes, from developers Skunkwerks Kinetic. After finding success on Steam Greenlight, the developers decided to visit the annual convention and give attendees a shot at their new title. With their upcoming narrative-driven action game focusing on a peculiar and intriguing setting that’s both haunting and chaotic, the creators sought to offer some credibility to their game world.

After a group of scientists from the Horizon research facility goes missing, the corporation Quantum Multiphasics tasks one of their employees with remotely piloting a Rig, a high-powered rescue and assault vehicle, in order to find out what happened at the remote location. Unfortunately, Horizon is located within the mysteriously named Probability Aperture, a world that’s located between dimensions. Using the Rig, the pilot must explore the remains of Horizon while uncovering the mysteries of the fractured and chaotic world, all the while defending himself against creatures that have taken up residence in the research facility.

With a focus on narrative, the developers wanted to ensure that they had a strong foundation for the plot, in addition to getting the science right to give the story much greater believability. Luckily enough, they were able to team up with famed sci-fi author William Gibson, author of the prophetic and ultra-stylish Neuromancer and The Difference Engine. Interestingly enough, this is Gibson’s second foray into game development, with the first being an adaptation of his novel Neuromancer. With MEG 9, he offered his insights into the mechanics and functionality of the Probability Aperture, and worked with the in-house writers on giving the general story a strong foundation.

While exploration the world within the Aperture, players will pilot the rig and discover the remains of the lone human installation in the chaotic realm. As you explore, you’ll acquire resources and other materials to combat the presence of the creatures corrupted by the environment. Throughout your travels, you’ll receive backstory on the characters and world from your on-board AI, which offers some interesting commentary on all things relating to Quantum Multiphasics. Though the Rig is able to defend itself with machine guns and cannons, in addition to its thick armor, the pilot will have to rely on more advanced tools in order to survive.

After acquiring resources, the Rig will be able to dispatch remote units to defend key points. During a segment while exploring the installation, I came across a massive reactor that was vulnerable to attack. Using several tools, such as remote turrets and placeable energy shields, I was able to hold off the creatures seeking to destroy the reactor. Surprisingly, this section offered a lot of strategy and kept me on my toes. I was very impressed with different this area felt. It definitely offered some callbacks to tower defense games, but with focuses on action and maneuverability.

While it’s still in pre-alpha, the developers have a pretty solid foundation for their title. And with more areas and creatures to explore, there’s definitely a lot to look forward to. I found myself pretty intrigued by the basic premise of the setting. It’s often we see games set on other planets, so it’s pretty interesting to see on that’s set in such an intriguing locale. With an Early Access release set for later this year, in addition to a PS4 release sometime after, the folks at Skunkwerks have got a pretty interesting title in MEG 9: Lost Echoes. I’m very much looking forward to see where it goes from here.