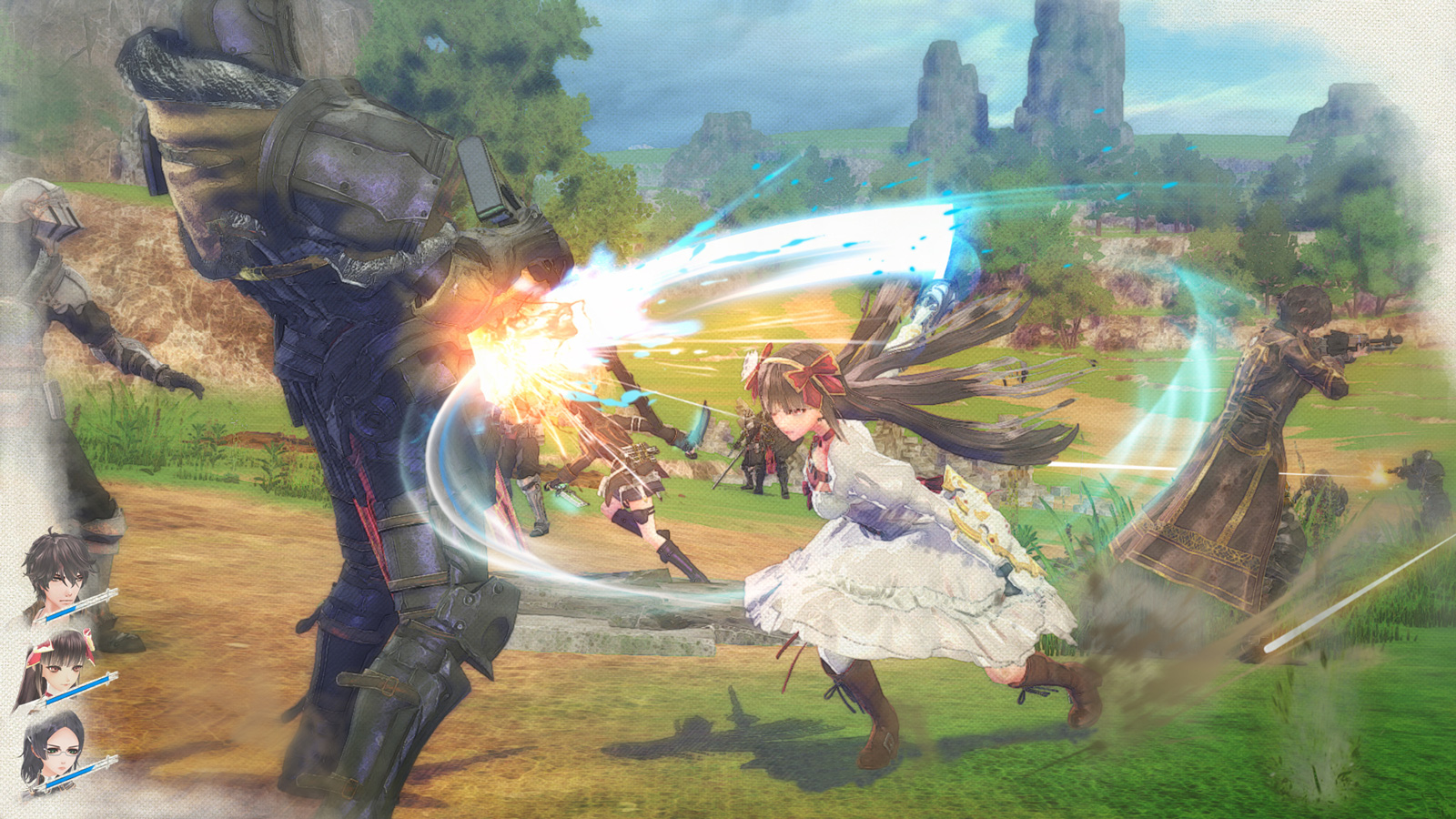 While I am still somewhat bummer that the Valkyria Chronicles spinoff, Valkyria: Azure Revolution, is more action-RPG than strategy RPG, well, there is no “but” or “while.” I’m still bummed. A combination of an update of Sega’s official game site and information pulled from Famitsu, both translated by Gematsu, establish facts and characters in the very-cliche-anime-looking world.

Protagonist Amleth’s city is in an economic downturn, which might be what spurs him to be the fighting head the “Five Grave Sinners,”which is, “the historic epithet given to the five young people that led the war between the Jutland Kingdom and Rus Empire.” Can’t do it all from the battlefield.

“An azure mineral of many mysteries, ‘Ragnite’ is the source of a magic power called ‘Magic Arts,’ through which an ‘Azure Revolution’ is being called for in the continent of Europe. The Jutland Kingdom, a small country located in the south, is the base of actions for protagonist Amleth and company. Currently, resources are drying up due to an economic blockade from the major powers. And the ‘Azure Light’ of Ragnite has disappeared from the city.”

While Amleth leads on the battlefield, the other four are not without merit (also, every single one of them “vows revenge” over their own powerlessness leading up to the game). White-haired Suleyman Kahlenberg is the political leader who quickly votes to go to war. Basil Sabanci is the money man (“economics”), though he made his fortune inheriting a business from his father. Plutocracy! Fleet Eriksen (“incitement,” and nearly named “Fleek”) is a reporter who, “takes advantage of his position to incite the masses and move public opinion toward the war,” which sounds like a fascist propagandist to me. Fuck all of these people.

“As the only woman in the group of “Grave Sinners,” she has a Madonna-like existence. With her good looks, voluptuous body, and cheerful personality, she takes advantage of her woman’s weapon to the fullest, and works hard at intelligence operations belonging to military intelligence.”