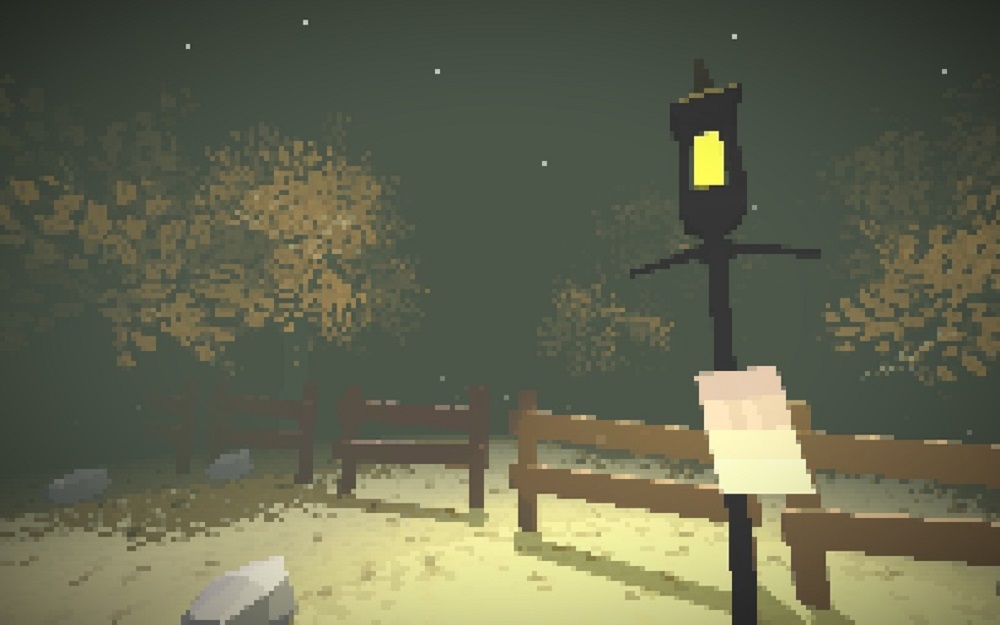 It’s easy to take video games for granted. There’s just so many of them. By May 2017 alone, over 50 games have had physical releases, in addition to the thousands of titles launched digitally on platforms like Steam. A staggering amount of them were met with critical and commercial praise. The culture surrounding video games, too, is pervasive. People openly care about games. They slip Zelda references into normal conversations and wear sweatshirts emblazoned with Mass Effect logos in public. It’s easy to be a fan of video games now because commercials for major franchises play during the Super Bowl. Like light beer and oversized trucks, video games are a token of modern existence, because we see them on TV.

But there’s a growing scene of games that thrives in the underground. An increase in readily accessible development tools — like the GameMaker and Unity suites — allowed an entire subculture of creators to hone their craft, far removed from the blinding limelight of AAA releases. Out in the margins, a world of niche, low-budget homebrew games exist. There’s a shocking amount of them; weird little concoctions that seek to defy convention and intensely personal artistic expressions that feel so far abstracted from what most people consider a video game that they’re usually referred to as “altgames.”

Unless, of course, you’re Steve Cook. He prefers the term “trashgames.”

Cook, who goes by the handle @moshboy on Twitter, is something of a video game curator. He rose to prominence in early 2014 following the release of The Pirate Bay Bundle, a collection of 100 games uploaded to the popular torrent site of the same name. The release, though unceremonious at first, picked up steam after numerous gaming publications covered it. Cook’s intentions for the Bundle were simple — a way to highlight a series of small, strange little games that would otherwise be forgotten.

“The Pirate Bay Bundle came from a random thought,” Cook told me in a recent email. “I didn’t think people would even be interested, or that I’d even get permission to put people’s

Despite tempered expectations, the Bundle took off, garnering the attention of press outlets and fans alike. Its enduring success, however, is just the tip of the curating iceberg. Over three years later, Cook is finishing up his biggest project yet: a Twitter thread highlighting 1,000 tiny games made by a diverse collection of independent — and largely unknown — developers.

To look at Cook’s thread is to experience sensory overload. It’s an explosion of GIFs featuring low-poly models and jarring tilesets. To the untrained eye, most of the games featured might look amateurish, but to him, that’s the whole point.

“I think it was my late teens when I felt that mainstream games were pushing me away,” Cook said. “There was a continually increasing focus on everything being 3D, and larger and larger budgets [for games]. It drove me to the opposite side of video games; the video games that I felt as few people cared about as possible: freeware games.”

Cook’s interest in freeware games and his passion for curating and sharing people’s work serves as the core “thesis” of his massive Twitter thread. “The thread came to me as an idea to prove to myself that I could find 1,000 different gamemakers.”

Now, over a year into the curating process, Cook nears the thousand-game milestone. There are currently 958 games in the thread, ranging from little vaporwave-like mood pieces to fully 3D, isometric stealth games. Just combing through the list takes patience — the breadth of titles contained is nothing short of staggering — but to play through all of them seems overwhelming.

Cook, though, has played every single game in the thread. Sometimes it’s only for a minute or two, he said, just to get a feel for a creator’s work. Other times, he plays for much longer than he originally anticipated. “A lot of what catches my eye depends on my mood.”

Scrolling through Cook’s thread, it’s difficult not to be impressed. The games he’s found are a wild and eclectic lot. Most of them are made by developers who simply want to create in their free time. Many are completely unknown to the games industry at large. There’s a sense of life and movement that persists through the list; a creative bug that’s irresistible and inspiring. They may not be pretty — and in fact, most of them aren’t — but there’s magic in each game’s raw form.

“There is beauty,” Cook said, “even in deeply flawed games.”

here are some quick notes i took re: what i wanted the thread to achieve if anyone is interested in writing about it & asking me questions pic.twitter.com/ya1uizViZR

And while the off-kilter collection’s beauty might not resonate with everyone, Cook’s enduring philosophy about video games surely will. When asked about what he hopes the key takeaway from his Twitter thread will be, Cook responded with the quote below:

“I want people to understand that everyone — from the most experienced gamemakers to the amateurs — can all learn something from each other. I want to show the underbelly of video games, the video games that people were least likely ever to see. I’d love it if people approached this thread with an open mind. I want to inspire more people to become curators for these alternative types of games because we could sure as hell use more.”

Though Cook’s curated thread is ultimately just that: a long, seemingly endless thread of bouncing GIFs and links to developer websites, it’s the passion and dedication that elevates it. Over the course of the last year — and earlier, as he has curated games in one way or another for more than a decade — Cook has sought out anything that might inspire another person. “I really want people to understand that there is value in their work,” he said. “So many assume that because hardly anyone is playing a game that they made, and no-one is giving them feedback that their work is rubbish.” Nothing is off limits when it comes to Cook’s curating, so long as it does something honest, and something different.

As his thread marches towards its 1,000th entry, he seems excited — and a bit relieved — that a conclusion is in sight.

“I thought it would take me twice as long,” Cook said, “which is why I never bothered to set a time frame for myself in the first place.”