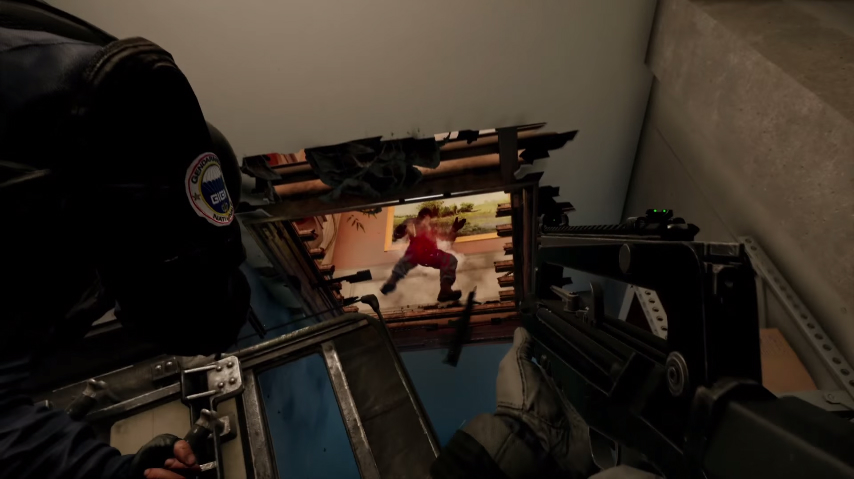 Along with some counterterrorist magic

Ever since the days of Counter-Strike 1.6, I have pronounced GIGN as an acronym rather than as an initialism (“giggen” instead of “G-I-G-N”). I know it’s wrong, but it has always made me smile for some reason. Smiling is nice. What were we talking about again?

Oh yes! There’s a new Rainbow Six Siege trailer out, seen above. It shows off the French counterterrorist group, as well as some of the less realistic, more video gamey aspects of the upcoming tactical shooter. Like, why do so many doors have a good four inches of space underneath them except to make room for counterterrorist drones? Perhaps the most jarring bit is the team member “Doc,” who can shoot teammates with a healing dart. If anything, I’d expect the increased heart rate from a stimulant to exacerbate the blood loss from a bullet wound, but I guess that’s what makes him a doc and me a video game blogger.