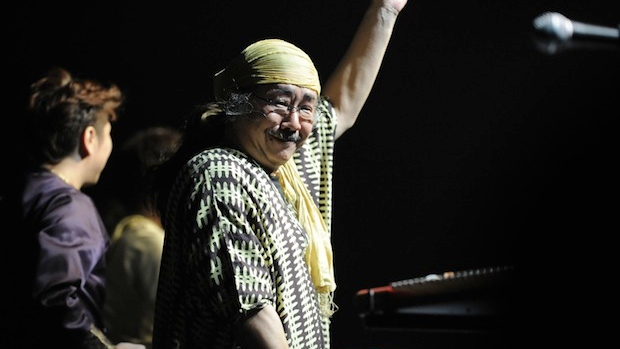 And the rest of the Earthbound Papas!

Live in or around southern California? Or have money for a plane ticket or a private jet or maybe a personal flying yacht? Like Final Fantasy music? Well, do I have an idea for you — let me have your jet. Please?

Fine. Well, you can also check out a panel (October 29) at UCLA delivered by Nobuo Uematsu and the rest of his band, Earthbound Papas. Admission is free and open to the public, though get there early if you want to have something signed. More details can be found here.

Unfortunately, it doesn’t seem an Earthbound Papas performance is invoved (unless their guest panel and Q&A is a performance), though you can buy their new CD there, Dancing Dad. It’s like “Dancing Mad,” but with alliteration and a pun off the band name!  .