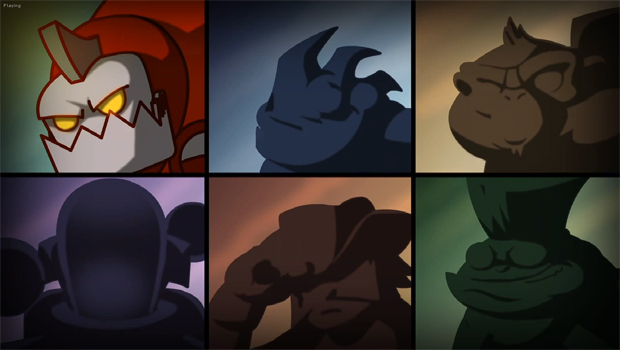 Utrecht-based indie studio Ronimo Games have released a pair of new videos for Awesomenauts. Some of the studio’s previous creations include Sword and Soldiers and the original freeware PC version of de Blob. The latest footage for the Dutch developer’s upcoming downloadable 3v3 MOBA title focuses on Clunk, the rocket launching robot.

Clunk was created as a part of a robot army, but after the death of his villainous creator and with the economy in the dumps he took on the life of a housekeeper. After realizing that life wasn’t for him he went back to doing what he does best: destroying things. Clunk sports a jet pack, missiles, metal jaws, and a Kamikaze attack to rain death down on his enemies.

Awesomenauts is dropping later this month for the PlayStation Network and Xbox Live Arcade.