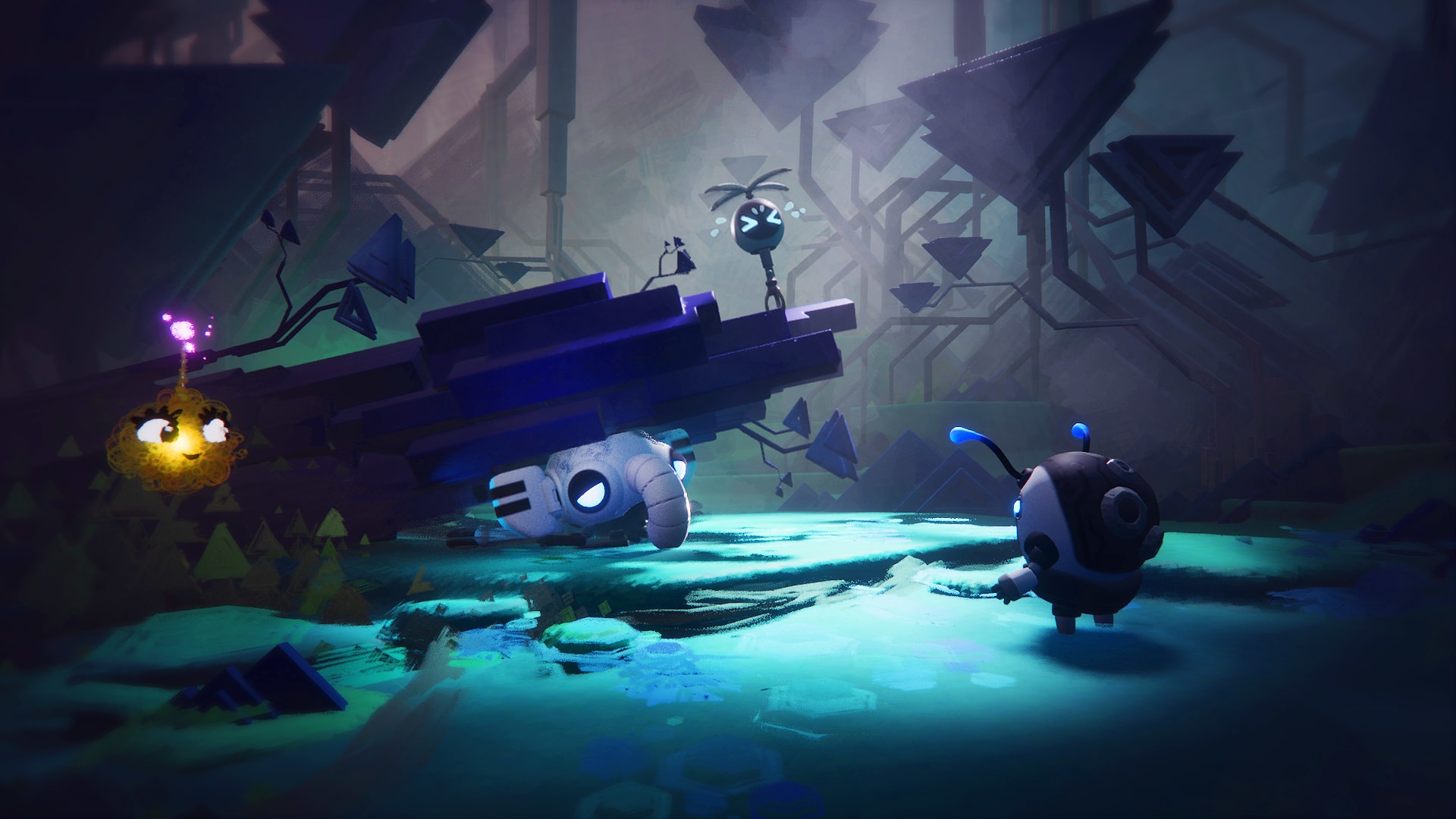 Dreams are the stuff of infinity, the only real limitation being the bounds of your unconscious imagination. That’s not much of a limitation at all. Your brain could have anything in store on any given night — from the blanket warmth of the comfortable and pleasant, to the sheer terror of death by axe murder. Maybe this time you won’t have any teeth. Who knows.

Dreams (this time italicized and almost always preceded by the words “Media Molecule’s”) is that same sort of blank slate. It’s a playground for the mind, the kind of sandbox where anything is possible. Spending a mere 20 minutes with Dreams was more than enough time to drive that notion home.

In our GDC demo, we saw a horned hybrid dragon/teddy bear thing saunter through an incredible effervescent forest. We were contributing. With every demo, Media Molecule added to the scenario. Paint a little more of the landscape, change the way his animation works (I encouraged moving the sassyness slider all the way up), queue some new camera transitions. By the end of the fifth day of GDC, there will be a whole playable scene.

Honestly, it’s amazing. Media Molecule’s pedigree comes mostly from working on LittleBigPlanet and Tearaway. Dreams feels like a perfect combination of those two in that it’s this creative juggernaut that could be used in an endless number of ways. The Dreams toolset feels like an Adobe suite with all of the different options for tweaking and refining. It’s going to be really neat seeing what the community can come up with.

Here’s the catch though: I don’t trust myself to be able to use any of it. I’ve never been wired that way. Level editors aren’t for me. Hell, Lincoln Logs weren’t for me. As a kid, I was more inclined to solve puzzles than anything else. I was never the sort to build something from scratch. That’s a creative side that I don’t have.

And that’s why I didn’t have much to personally contribute to this GDC amalgamation. I just watched as the developers tinkered with the building blocks — sometimes on a DualShock 4, sometimes with Move controllers. (Also worth noting: Dreams is eventually coming to PlayStation VR at some point.) I appreciated it in a way where I was completely honest about my own chances with Dreams. I could never make something worth playing.

Fortunately, there’s a side of Dreams that’s for people like me. Media Molecule will make a full story campaign that it has put together. I saw a sample of that — a light 3D platforming bit through an aluminum forest. It was simple and short and fine. I’m sure that will serve its purpose in giving people a structured experience.

But I don’t think that’s where the magic will be. When Dreams releases, the community will have a fantastic creation tool at their disposal. That means that anything is possible and that the sky is the limit. I just know that I won’t be the one making any of it.