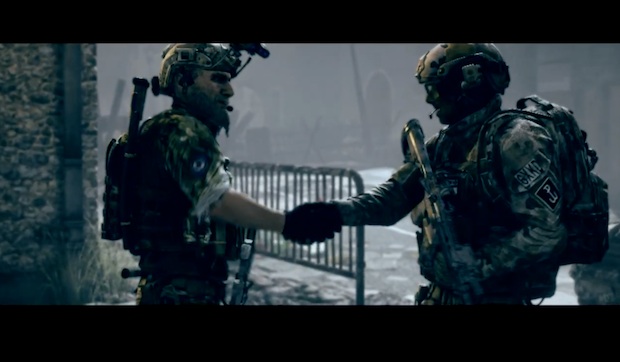 “Who is on the other end of this phone?”

Medal of Honor Warfighter is now available today, launching for the Xbox 360, PS3 and PC. To celebrate, here’s the official single-player campaign launch trailer. As you may have heard, it was written by actual U.S. Tier 1 Operators while deployed overseas. The game throws you into some pretty realistic worldwide terror situations. It’s like a war action movie turned up to 11.

There’s not much for gameplay in this trailer, but what there is looks outstanding.

Are you getting Warfighter today? If so, they’ve got a patch ready for you.