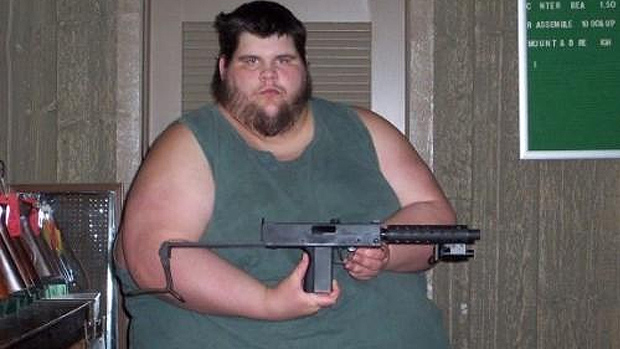 There is a clear line between videogame violence and real world violence, but that isn’t going to keep Electronic Arts from trying to cross it.

EA’s official Medal of Honor: Warfighter (“The most authentic shooter”) site is sponsored by and directly links to a variety of online gun sellers. You are only a couple clicks away from being able to own that totally rad gun you just got a couple headshots with online! Awesome, no?

By visiting the site’s partners page, you can find 11 — more being added each week! — gun sellers that will give you the firepower you need to really leave an impression. You have a credit card, right? Then spend it on a TAC®-300 McMillan Tactical Rifle that you can keep above your TV, so people know you mean business online and offline! If you want a cheaper option or maybe just a more personal approach, you can get the Limited Edition Medal of Honor: Warfighter Voodoo Hawk (courtesy of SOG Knives). For only $75, you can have this with its awesome “extended cutting head”(!) 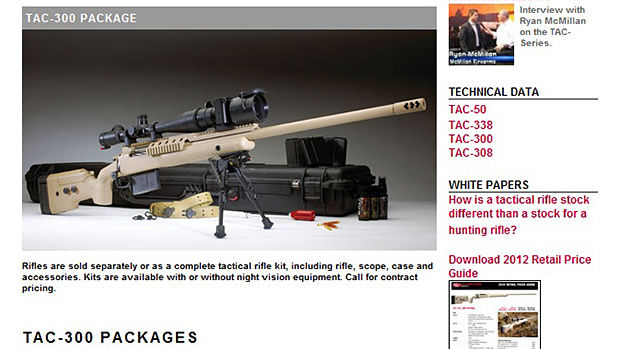 I understand that these guns are sold for the purpose of hunting and that there are often stipulations like age, background checks, and waiting periods. However, most sites don’t ask you to do more than check a box saying you’re not a convict or teenager. I’m not familiar with the partners on Medal of Honor‘s site, so I can’t say for sure how they deal with background checks. Gun sells will increase directly because of Medal of Honor: Warfighter and into whose hands these guns shall be received is something we may never know — unless there is a sad story tied to one.

If seeing a game publisher and developer promote weapons that lead to 10,000 homicides a year in the United States bothers you, then maybe I’m not alone. Though the sales may go toward charities for the military, these are still guns being promoted and linked to on a videogame website. It’s bad enough I stumble onto creepers in Call of Duty discussing the best firearm with the least amount of spread for home invasion, or some seedy area of a message board where a couple hicks discuss the merit of weapons that no sane home owner should own (I’m talking assault rifles, not pistols).

Games are my escape from the assholes of the world: The distraught that shoot up schools, busses, and movie theaters. Videogames aren’t the entryway to causing violence on a wide-scale, as the mainstream media often likes to say it is. Yet, here is EA trying to give them something to talk about and give validity to the prejudices against violent videogames. EA gets more money, stores sell more guns, and everyone gets what they want, including those that probably shouldn’t be able to make the purchase in the first place.

There isn’t even an age gate on any of this stuff. Any kid with their dad’s credit card is just a couple clicks away from buying all those awesome guns and knives they love to use in the “most authentic shooter.” I personally am okay with gun ownership, but I’m not okay with this being a thing that is celebrated AND directly promoted by videogame publishers.