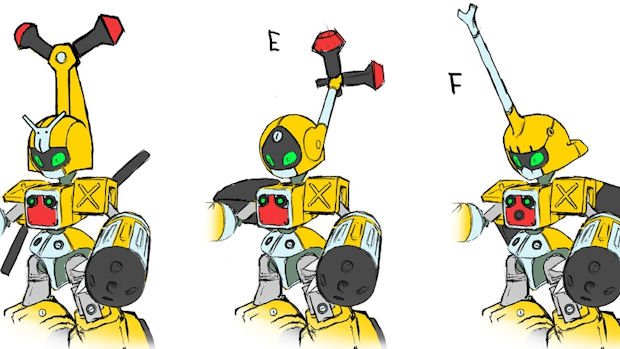 We haven’t heard about Medabots DS since last September, but a small update has recently surfaced in the form of some funky new concept art. The doodles show off the character Kabuto, and feature a range of quirky designs for the yellow robot. Kabuto will be the eponymous character in one of two versions of Medabots.

The two versions are Kabuto and Kuwaga. We’re not sure what the difference between the two games will be, but we’re sure it’ll work exactly like Pokemon. Either way, Medabots DS will feature three-on-three battles and full 3D graphics. Hopefully developer Rocket Company can give we nostalgic folk a nice little game.

The announcement of this game brought a surprising about of Dtoid readers out of the woodwork and I was legitimately surprised that people were as excited as me for the game. At least I won’t be short of opponents when this game finally releases.