In the land of MechWarrior Online, Christmas came early last week. Or severely, massively late depending on your perspective. Much like my relationship status with MWO in general: it’s complicated.

Community Warfare, the long-, long-awaited “core pillar” of the game finally debuted (in beta form at least) last Thursday. A week ahead of the scheduled patch that was intended to usher in a new golden age of stompy robot combat, and roughly three years behind schedule otherwise. It’s finally arrived, the holy guts of the game; the real MechWarrior starts here.

The idea behind Community Warfare has always been to have players recreate and rewrite the history of the Battletech franchise. To combine the qualities of a largely player-run MMO like EVE with a mech combat simulator. The chance to pick a side and become either a noble Inner Sphere pilot fighting to defend your home, or a member of the crusading Clans, deep-space warlords who left the known solar system centuries ago and have returned as almost alien invaders; humanity’s past sins come back to haunt them.

You narrow that allegiance down further, pledge yourself to a particular Great House or tribal Clan, seize home-worlds from the others, foster relations you will inevitably betray, engage in a deadly dance of political and steel warfare. Like Game of Thrones in space, but with giant mechs and laser cannons instead of a bunch of creepy dudes on horseback.

If you’re already guessing that what’s been released has failed to live up to the hype, give yourself a gold star.

I realize MWO probably isn’t the hottest game perched at the forefront of your mind this holiday season, so let me indulge in a little history lesson. When the game was first announced way back when in the heady days of 2011, and started hitting up fans for crowdfunding pledges and sight-unseen dollars, Community Warfare was the biggest ace up their sleeve. It was robot-nerd catnip.

Being able to pledge allegiance to one of the Great Houses from Battletech lore and reshape the flow of history for the galaxy alongside thousands of other players was something fans of the franchise have always dreamt about. I still get goosebumps when I think about the idea.

This grand vision of a galaxy on fire was supposed to be released 60-90 days after the start of open beta. Yeah, as you might have inferred by now, that didn’t happen.

Without belaboring the point, those 60-90 days stretched on further than anyone would imagine. For three years now, MWO players have been spinning their wheels, picking away at little more than an arena deathmatch game when they were promised the galaxy. All the while the dev team has constantly reassured players that they’ve toootally been at work on Community Warfare behind the scenes. Some people moved on a long time ago, others have stuck around to become gnarled and bitter old men who’ve given up hope for goodness in this world.

Then there are the saddest of all, the true believers who never lost the faith, desperately pinning their hopes on PGI making good. They’ve spent the last three years rocking back and forth in the corner whispering “Krusty is coming, Krusty is coming…” believing their hero would swoop in at any moment to make things right (there really is a Simpsons reference for everything).

It’s certainly been a long road, so what does three years of work and anticipation look like? Not freaking much, as it turns out. 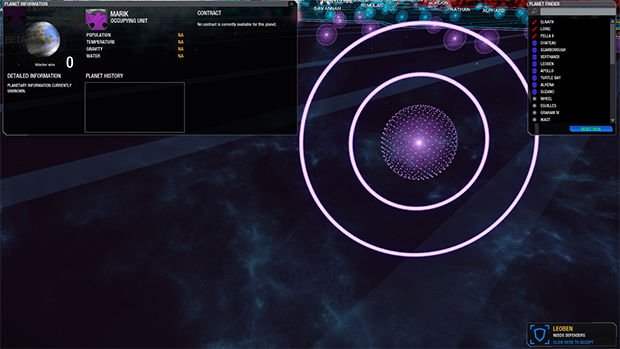 There is a new game mode called “Invasion” to facilitate all the galactic conquest, and it comes complete with an astounding TWO WHOLE NEW MAPS to play on. A bumper crop of confusing menus with a lot of options and scary-looking long-term contract things for you to sign that make you feel less like a space-faring warlord and more like a nervous 24-year-old leasing their first car. On the plus side, there is a cool holographic map of the solar system that makes me feel like I’m on the bridge of the Normandy again (and has the downside of reminding me that there are far more fun and less broken games out there to play).

Of course I still played MWO.

I booted it up, downloaded the patch, and started my first foray into a universe at war. By which I mean I opened up a chat service.

You see, the very first thing Community Warfare asks you to do is to sign a contract with a particular faction for a period of time ranging from seven days, to a month, to a lifelong pledge. There are warnings of DIRE penalties for breaking your warrior oath, and once you join a faction, you can only play with homeboys from said faction. So that means getting on the same page with your friends, who of course all have different ideas of which faction is the coolest, which has the best long-term prospects, and such.

The bickering is further compounded by the divide between Inner Sphere and Clan mechs, which according to Community Warfare rules are not interchangeable. If you’ve stocked your garage with nothing but the superior Clan mechs since they were released, but all your poor plebeian friends (such as myself) are still riding their bronze-age Inner Sphere rust-buckets, you have to choose between your friends and your cool new toys. 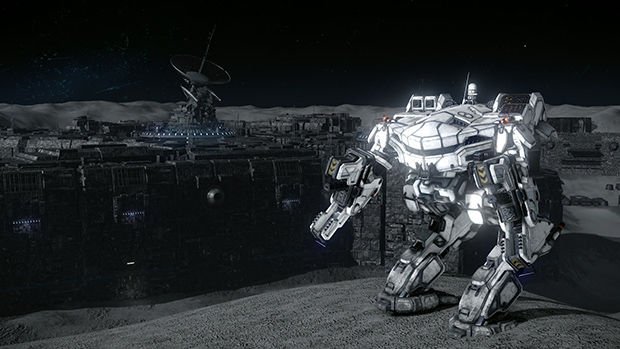 So I signed my contract with our mutually (sort-of) agreed-upon House and then tried to join my friends’ mercenary group. At this point, the game balked and informed me that even though I was married into the same House, my contract was for a different length than the groups, which invalidated me from joining. Cue a hefty million-and-a-half dollar fee for breaking my contract and trying again. Off to a great start already.

Finally ingratiated into the mighty House Marik, it was time to stake our claim and defend our precious homeworld against the invading Clans! We eagerly arranged our fighting forces, strategically examined the map of the solar system, and clicked the find-match button.

As I sat in that interminable lobby, watching the clock tick through minutes I’d never get back, I thought about the epilepsy inducing, wub-step-filled trailer for Community Warfare. I thought about the criss-crossing laser beams, the streams of missiles flying through the sky, the triumphant explosions. A single tear rolled down my cheek. 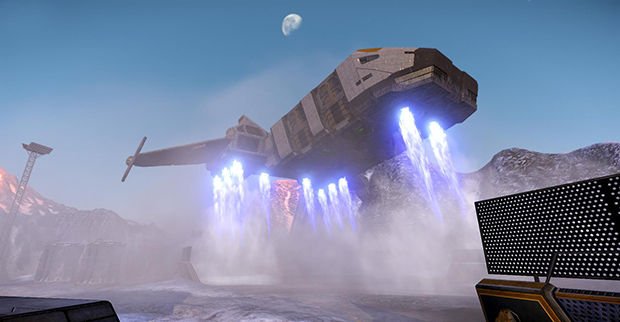 I’ve had a revelation. MWO has taught me what it feels like to be the parent of a disappointing child.

Because I desperately want to be proud and happy that MWO released Community Warfare (misshapen Frankenstein of the vision that it is). I want to say nice things about it, but all of the praise I can think of is parsed in terms of “hey, they finally fixed this glaring flaw” or “well, it still isn’t very good, but it’s getting better, right? RIGHT?”

I’m glad that there are now objectives more interesting to fight over than glowing patches of ground. I think the new dropships add a cinematic flair the game has never enjoyed before. I think that holographic map is really freaking cool. But at the end of the day, all Community Warfare seems to be is two maps, some weak stat tracking, and a broken lobby system. It isn’t much to write home about.

You want to give people the benefit of the doubt, but it’s hard to believe them when they say they’ve been working on this for three years.

At what point does over-promising turn into dishonesty? When do pleas for patience and understanding veer into stalling tactics to milk a gullible audience? When do you own up to the idea that your son might not be a misunderstood late-bloomer, but just a run-of-the-mill shitty person?

I can’t keep making excuses for you MWO, you’re over three years old.