Have you seen a commercial where a company basically throws its last product or several years of service under the bus to promote its new stuff? Like those bizarre ads for Domino’s Pizza a few years ago which basically boiled down to “Come back, we don’t suck anymore!” That’s kind of how I feel about a press release we received from MechWarrior Online the other day.

The release breathlessly describes the game’s latest update which mainly focuses on an overhaul of its MechLab system, the confusing jumble of menus and icons you use to build a mech. The MechLab is both an essential component of the game (mech customization being one of the franchise’s main claims to fame) and an eternal thorn in MWO‘s side. The chaotic mess of fiddly menus being both unfriendly to new players, baffled at the assortment of seemingly meaningless icons and a source of frustration for long-term players who have to dive through a bin of spare parts every time they want to change out a few lasers on a mech.

Since going into open beta in 2012 the MechLab has been re-worked several times, including as part of the now infamous UI 2.0 update, a previous “complete overhaul” to the menu system that took over a solid year to complete and was blamed as a bottleneck preventing any other major update during that time. So, this is the second or third “No, we totally got it right this time!” re-do of the game’s front-end. 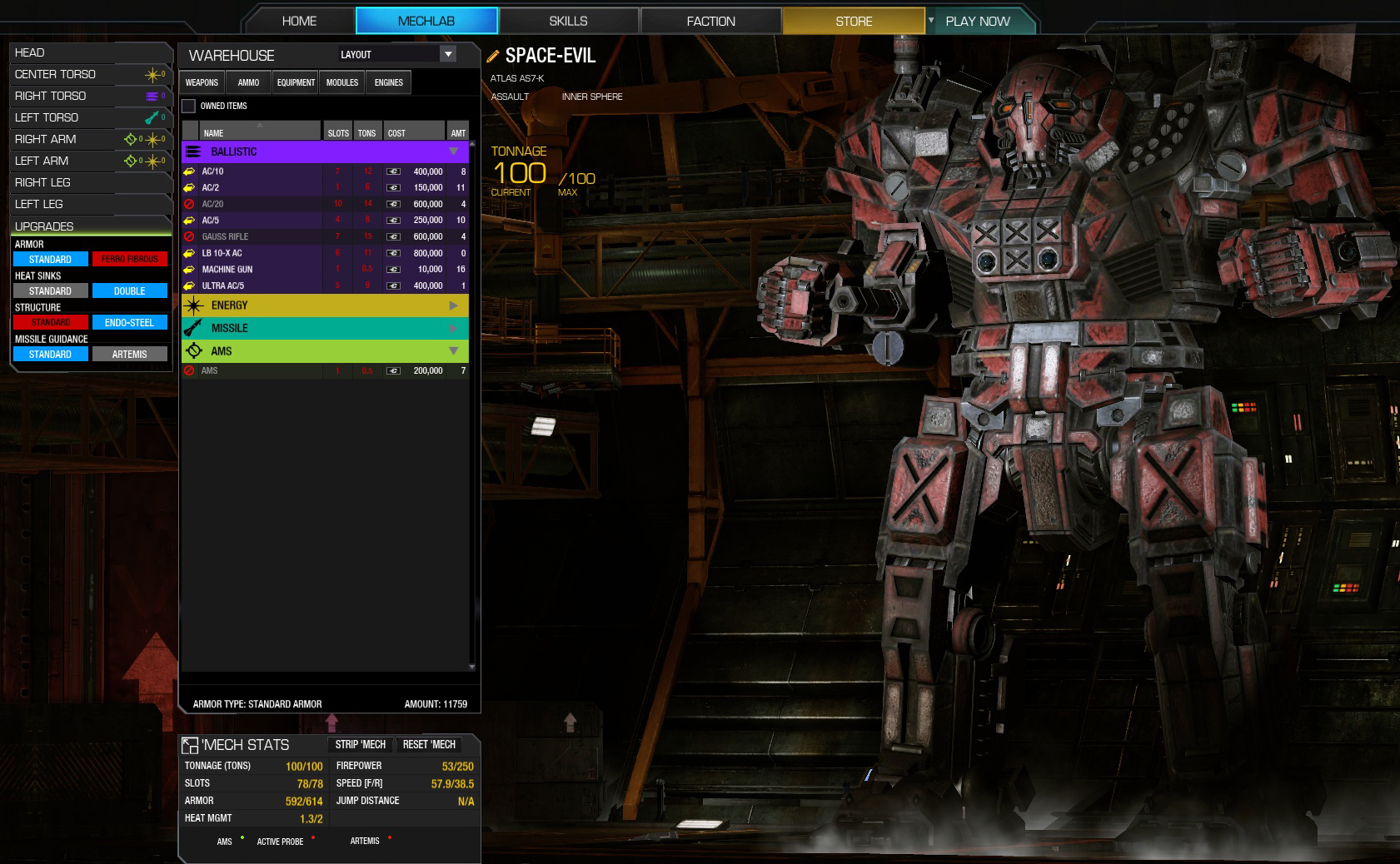 I’m not sure how many other games would tout “new menus” as a particular achievement worthy of a PR push. It either speaks to a serious lack of substantial good news to talk about (which isn’t exactly true; MWO is enjoying a bit of a Renaissance right now), or how singularly dismal the old menu system used to be (which is completely true). Either way — just like Domino’s public mea culpa about its cardboard pizza — it isn’t a particularly proud moment, but it is a necessary one. With the ghosts of the past acknowledged and exorcized, MWO can hopefully focus on its recent accomplishments and perhaps brighter looking future.

Snark aside, the new MechLab system is definitely a step ahead of the old one. It’s not perfect and could use some further tweaking, but it is infinitely easier to strip and reassemble a mech or check what parts are installed on any given robot at a glance. Since splitting with their former (seemingly overbearing) publisher IGP, Piranha Games has made a noticeable effort to reengage the player base over the past few months with weekly sales and events, giving players the chance to earn a few extra C-bills or trinkets and encouraging participation.

Despite some nasty growing pains, Community Warfare (the persistent faction-based game mode that allows players to compete for territory) is slowly coming together with several recently added maps and balance adjustments. Again, it’s a far cry from perfect, but at least things are moving in the right direction.

They also finally wised up and decided to put the Black Knight, AKA the coolest mech in BattleTech history, into the game. 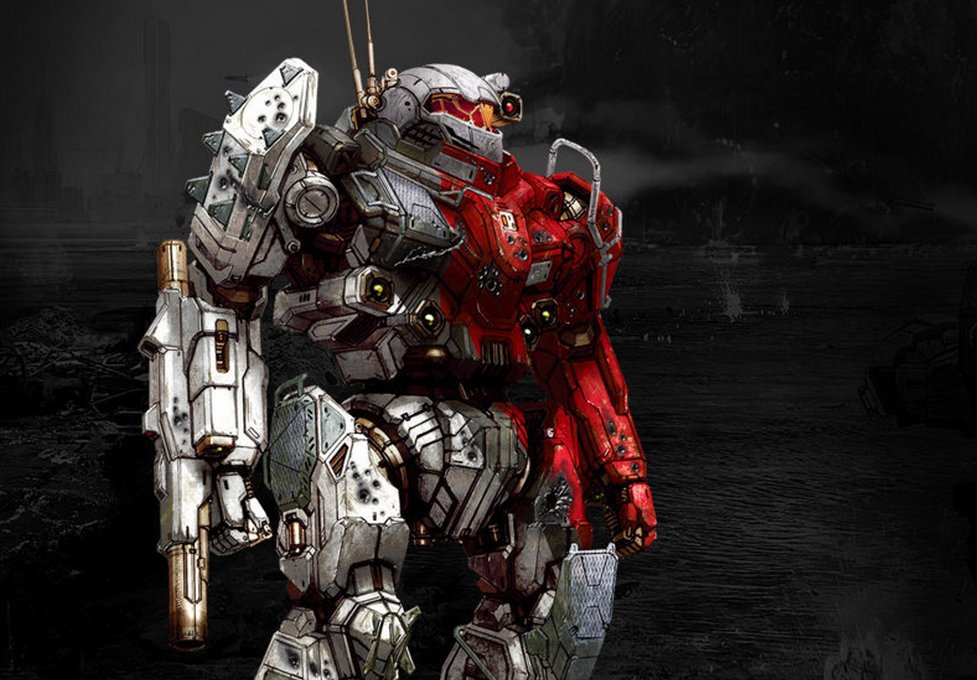 Given the long-teased plans of a Steam release in the near-ish future, it’s not hard to see these recent efforts as Piranha Games laying the foundation for a wider and much more public release. MWO has survived on its relatively small (but very devoted) BattleTech fanbase for years, robot freaks (like me) who are willing to put up with a lot of crap for the pleasure of giant stompy action. A more general audience isn’t going to be as forgiving though.

Getting things like the game’s basic menu system in order, along with other recent quality-of-life enhancements like VoIP in all game modes, a looking-for-group queue for solo players, and a global chat functions (all of which were egregiously absent until recently, forcing players to gather on third-party sites and Ventrilo servers like it was 2002 all over again) are necessary and smart steps to take if Piranha hopes to catch a wider audience.