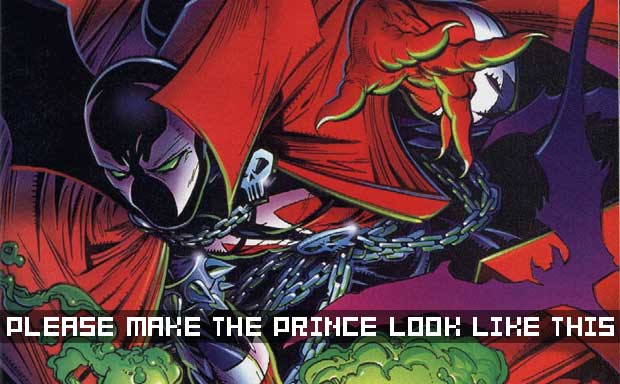 Put Prince of Persia creator Jordan Mechner and comic legend Todd McFarlane in a room, and what do you get? A Prince of Persia book with pretty pictures, also known as graphic novel, of course!

Published by Disney Book Group, the 128-page graphic novel will feature six original stories written by Mechner. The collection will act as a sequel to the upcoming Jerry Bruckheimer film, Prince of Persia: The Sands of Time, and will hopefully use a better font. The book will be published as a limited 125,000 print run in April 2010, not long after the film’s May 28 release.

Mechner and McFarlane (along with Bernard Chang, Tommy Lee Edwards, and Cameron Stewart) will go into more detail at a San Diego Comic-Con panel on July 24.

Filed under... #Comic-Con#Comics#Prince of Persia