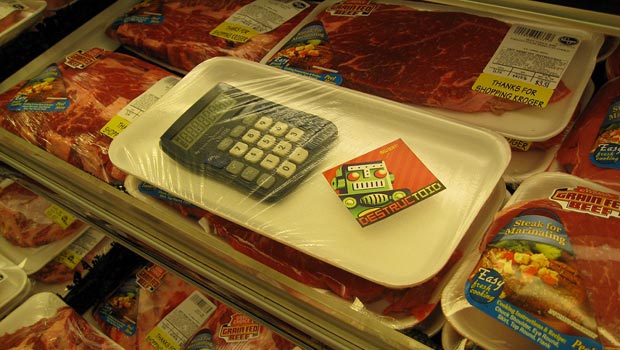 Every time an analyst opens his mouth, the Internet swells with comments like “What an idiot” or “I could do that job.” I have a lot of respect for analysts despite their seemingly dartboard approach to predictions. These are people with teams of researchers at their disposal, crunching away at numbers and reporting on the financial stability of game companies. They aren’t all gamers themselves.

I don’t think I have what it takes to write reports to stock holders, but I’ve always wondered if I could make decent predictions. So, I asked Destructoid if I could take a stab at being the “site analyst” and they accepted. Each month, I’ll be providing a summary of the previous month and giving my own predictions for the following month. I’m also going to take a stab at the hardware NPD numbers each month.

This is your chance to be an analyst, too. I invite all of you to post your own predictions in the comments. If you really think you can do a better job than some of the analysts out there, prove that you are a meatspinning calculator gymnast instead of a Monday morning quarterback.

February 2009 was a great month for gaming in general, especially considering the state of the economy (unemployment rose to 8.1% in the U.S. in February). Nearly 20 million software sales in the U.S. and 2.33 million hardware sales took place in February.

In February, I made two predictions. I was right on both.

On the surface, the March 2009 NPDs will look fantastic since they will be based on 5 weeks of data instead of 4. The biggest new software players in March will be Resident Evil 5, Halo Wars, Pokémon Platinum, and GTA Chinatown Wars. Wii Fit, Wii Play and Mario Kart will also show their face. Killzone 2 may show up in the top 10, but it will be towards the lower end of the top 10 if it does. Expect 360 sales to be up with its favorable price point and new Resident Evil 5 SKU.

I don’t expect Halo Wars to make much of an impact in hardware sales, but expect great software sales since MS has announced that Halo Wars has already broken the 1 million mark. The PS3 should show numbers similar to last months (based on a weekly breakdown) due to the continuation of Killzone 2 and the new Resident Evil 5. The DS should see good numbers with GTA Chinatown Wars and Pokémon Platinum, but people may be holding off for the DSi in April.

Based on historical figures and educated guesses, here are my predictions. I admit I’m new to this (and have never tried to predict sales in such great detail), so let’s see how I do: