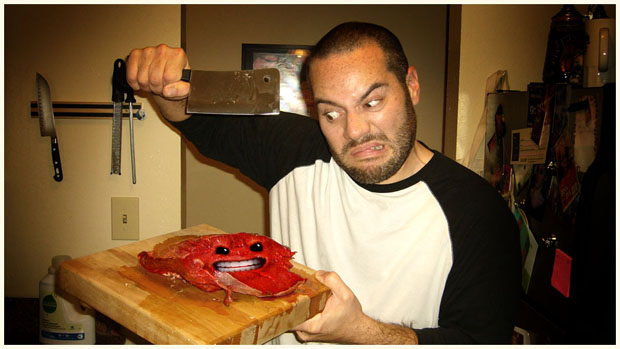 Time for another update from the Super Meat Boy twitter. First off are a few images from “incidental” aspects of the game. We get a look at the silhouette of a mysterious dude (Tim? LL Cool J?), a peek at the “dark overworld” of chapter 1, and page 1 of the game’s in-game instructions. This one makes me happiest of all, as it confirms that Super Meat Boy will have a run button like Super Mario Bros.

Personally, I feel that the run button is often all that separates the good 2D platformers from the great ones, which further increases my belief that Super Meat Boy may go on to be one of the all time great 2D platformers of this generation.

I sure hope the guy in the header image doesn’t enter, because that’s Mike Roush: Gaijin Games art director. Against him, we haven’t a chance.