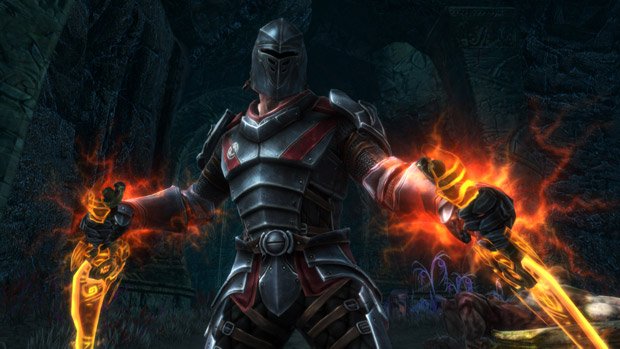 The demo for Kingdoms of Amalur: Reckoning has a date: January 17, 2012, on PC, Xbox 360, and PlayStation 3. Playing it will unlock two free Reckoning-themed items for Mass Effect 3 and three items for Reckoning itself. Likewise, playing the Mass Effect 3 demo, which should hit sometime this month, will give you two items to use in Reckoning: N7 Armor and Omniblade Daggers.

The Reckoning demo will feature the tutorial and character creation segments, followed by 45 minutes to spend in part of the game’s open world to do what you like. As someone who generally misses out on all the U.S. pre-order bonus DLC, playing a free demo to get more free crap in games I already want to play is something I can get behind.

Check out the full bonus item descriptions below and see what they look like in the gallery.