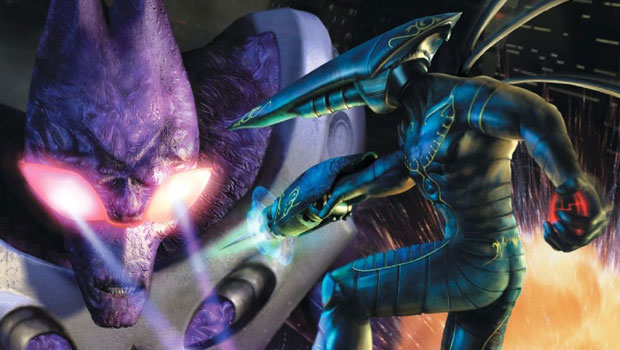 Here’s something you might have totally forgotten. Last year, we mentioned that BioWare-developed cult classic MDK2 was receiving a WiiWare port. It was admittedly a strange announcement; as with most outlandish WiiWare news, I expected this title to disperse into the vapor.

Well, the game is ready, and according to its WiiWare page, it’s set to come out on May 9 for 1000 Nintendo bucks. From the trailer and screens available, it doesn’t look like MDK2 has received much in the way of visual upgrades, but that’s to be expected given that this is friggin’ WiiWare we’re talking about.

I personally haven’t played either MDK, but I’ve heard great things about the series. There’s a six-legged dog with a gun and a dude wearing a massive penis helmet. That’s gotta be worth consideration, right?

[Thanks for the heads up, Anthony!]