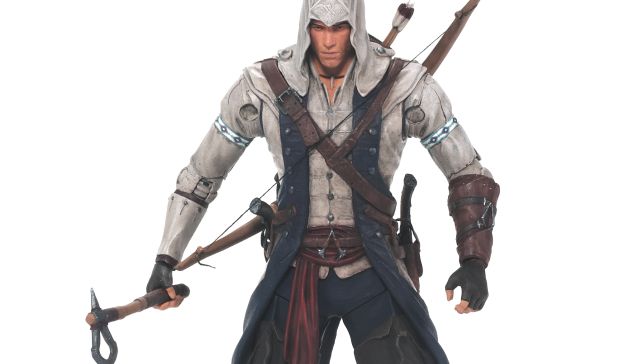 Toys will include codes for the games too

McFarlane Toys and Ubisoft are teaming up to produce a ton of Assassin’s Creed action figures. Some of the first toys will be based on Haytham Kenway, and Connor from Assassin’s Creed III. We can expect two Connor variants in fact, one based on his main look and another based on his new upcoming outfit from the Tyranny of King George storyline.

The figures will come in at six inches tall, feature 25 points of articulation, and they’ll all include unlock codes for stuff in the actual games. The figures be available at pretty much every major retailer around the world this Summer, and will run for around $14.99 – $16.99.