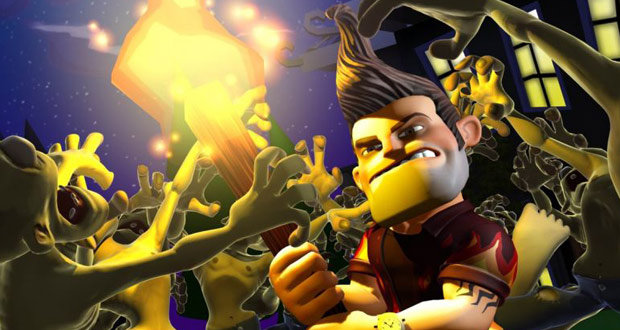 Who knew that shooting evil in the face and puzzle games would work so well!

On the cusp of a number of PC summer sales, Indie Royale has released another mostly-fantastic indie game compilation. Known as the The Mayhem Bundle, players will get five indie titles that sufficiently “bring the pain” through their gameplay.

You get a very nice mix of action titles to add to your indie games collection: you get a double dose of top-down arena shooting with the titles Burn Zombie Burn! and Primal Fears. Alien Shooter 2: Conscription brings a healthy slice of retro, isometric action to the bunch, while you can sharpen your melee robot skills in Plain Sight. Rounding out the pack are Lucius and Droplitz; a poor third-person adventure title with an interesting premise and an enjoyable puzzle game that may or may not have anything to do with mayhem.

Additionally, there is a seventh mystery game that has yet to be announced, but if you chip in $8 or more you can also score the album Phonetic Symphony by the very talented Niamh “Chipzel” Houston. Overall, this is a pretty good bundle even if they stick you with a copy of Lucius.