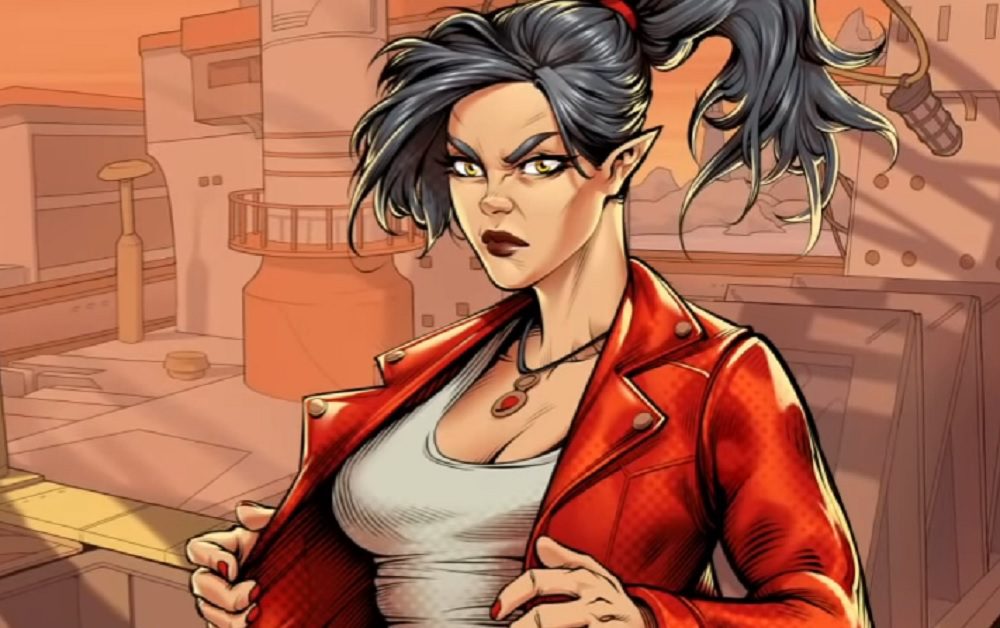 Ah, ’tis a good day for werewolf fans everywhere. Hero Concept has unleashed the second DLC update to its tale of street justice, Mayhem Brawler, bringing with it a selection of bug fixes, some mode tweaks, tweaks, and, best of all, the playable debut of everyone’s favorite rockabilly lycanthrope: She-Wolf!

She-Wolf, (or Christina Vasquez to afford her real name), is one of the many boss characters faced by Stronghold in Mayhem Brawler‘s story mode. The character quickly won over the hearts of many players, (including yer boy), all of whom wished she was one of the beat ’em up’s main players. After hearing the community’s bark at the moon, developer Hero Concept made it so, fleshing out the diner babe’s moveset and adding her to the playable roster for all platforms, free of charge.

So strap on your Chuck Taylor’s and let’s get to bitin’! AAOOOWWW!!!

In addition to She-Wolf’s arrival, Update 2.1 adds several new features to Mayhem Brawler. First and foremost, the slugfest now supports four-player co-op, so you can take the entire party into battle on the mean streets of Mayhem City. Also included in the new update is a much-requested level select option, the removal of dialogue/cutscenes in Arcade Mode, and the addition of an on-screen timer for speedrun fans. The title’s heroes and villains have also received a fresh round of balance tweaks, and numerous nagging bugs have been squashed. That’s some quality support.