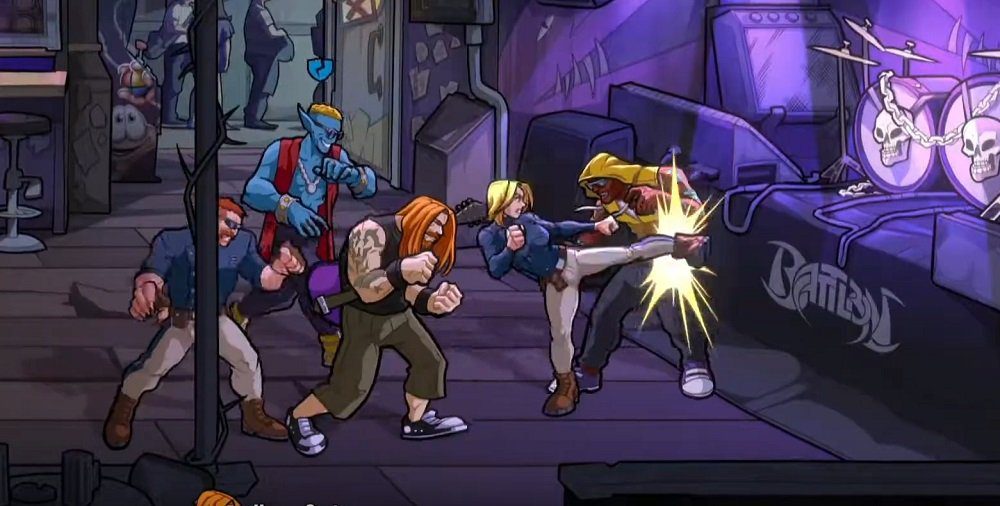 You wanna step outside?

Hero Concept, the indie outfit behind the Doughlings series, has revealed that it is hard at work on a brand new side-scrolling beat ’em up. Mayhem Brawler is currently in development for PS4, PC, Xbox One, and Nintendo Switch and is expected to launch sometime in 2021.

Set in a dystopian “urban fantasy,” Mayhem Brawler will follow the exploits of Stronghold law enforcement agents Star, Dolphin, and Trouble as they take to the streets in a fist-throwing fight against a sinister megacorp and its army of super-powered minions. The heroic trio will face off against, thugs, werewolves, wizards, and vampires in a knock-down, drag-out battle with the fate of the city’s freedom at stake. WIZARDS.

From the short trailer below, we can quickly ascertain that the title is clearly inspired by DotEmu’s fantastic sequel Streets of Rage 4, and will similarly feature multiple characters, three-player co-op, and painstakingly hand-drawn art and animation. Mayhem Brawler will also feature 12 unique boss characters, comic-style presentation, and even multiple endings. It’s no secret that I’m personally a huge fan of this genre, and there’s always room for another great, modern-day brawler.

Mayhem Brawler will launch on PS4, PC, Xbox One, and Nintendo Switch in 2021.