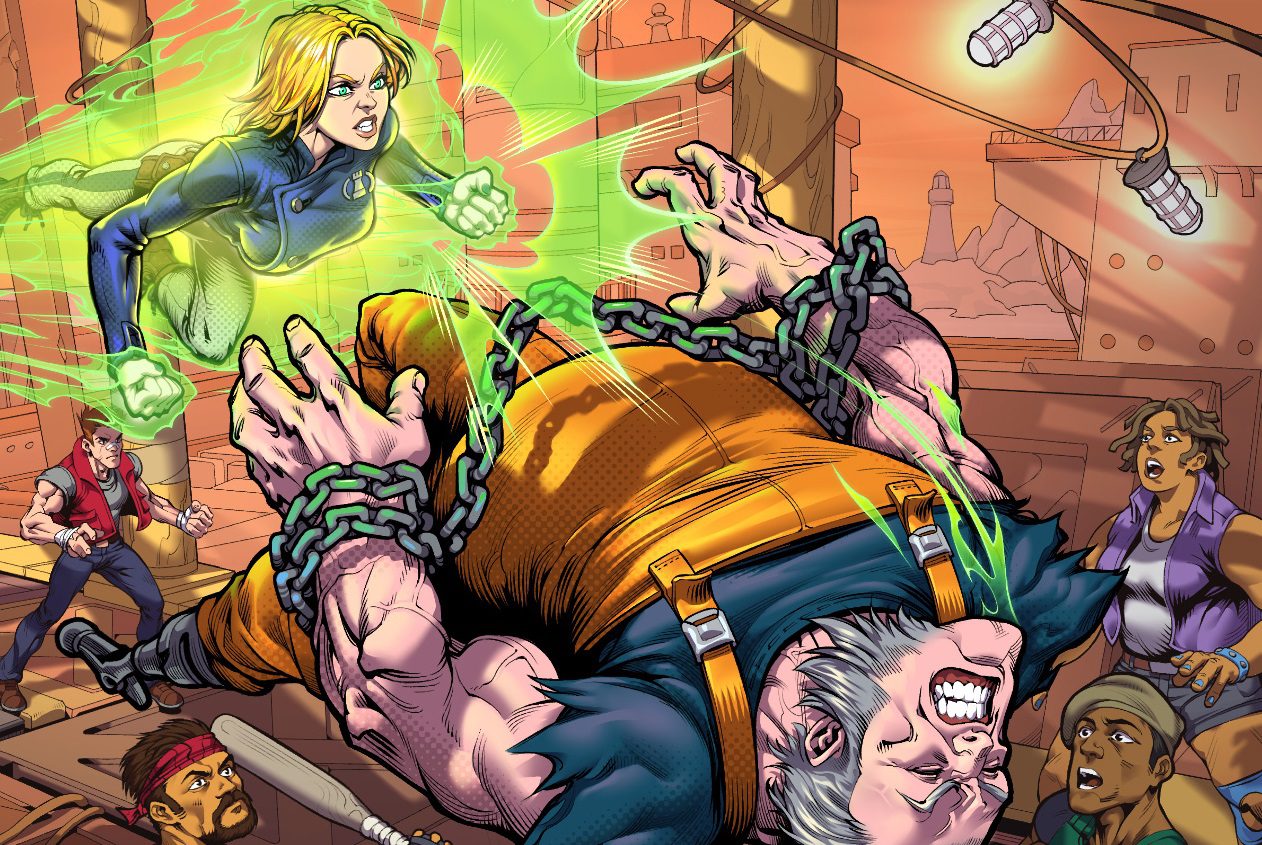 Reach for the skies…

Things are about to get a lil’ more chaotic on the mean, mutated streets of Mayhem City, as developer Hero Concept has announced a brand new update for its release Mayhem Brawler, which sees the combat mechanics of the scrolling slugfest in line for a bit of a sky-tearing overhaul.

The Mayhem Brawler 2.0 Air Supremacy update will offer protagonists Dolphin, Star, and Trouble some brand new combat abilities with which to make their presence felt against the city’s army of werewolves, vampires, and street sorcerers. The update will allow for a new counterattack system that will juggle its victim, setting them up for flashy new flurries of air attacks, which include select specials and supers.

In addition, some new O.T.G. (Off-The-Ground) moves will be introduced. Upon activation, these attacks will juggle your opponent from their prone state for further slapping — this mechanic is an important part of Dotemu’s Streets of Rage 4, and has proven a key element in providing longevity to player combos. Both the OTG and Counter-juggle abilities will add some extra depth to Mayhem Brawler‘s mechanics, increasing the opportunity for teamwork and number-crunching combos.

The Mayhem Brawler 2.0 Air Supremacy update will launch November 30 on PlayStation, PC, Xbox, Nintendo Switch, and iArcade platforms. Oh, and if you missed it, check out our article on Mayhem Brawler‘s awesome Halloween artwork.