Oh, you kids, trotting around Borderlands 2 with your fancy powers, skintight leather and careless akimbo stances. Sure, it looks cool, but that’s not going to do you a whole lot of good when you’re lying in a last stand, looking like a chump.

Which is why I have dibs on Axton. 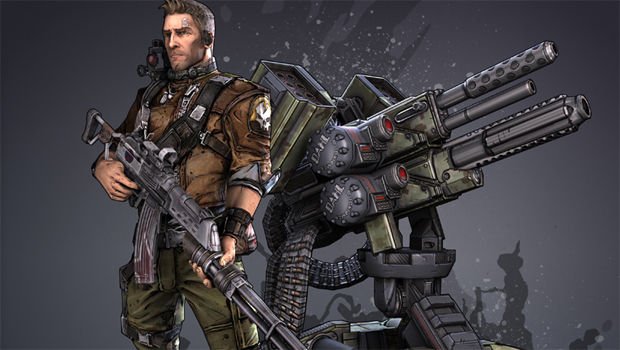 He’s a bit on the boring side

For some, familiarity breeds contempt. Not me. I like the comfortable, and it doesn’t get easier than transitioning from Roland in Borderlands to Axton in Borderlands 2. Sure, Axton’s skill tree seems a little more aggressive, but he’s an ex-military commando who uses a turret and I’ve already done that once.

I expect the second time to be like putting on that old pair of sneakers you discover in your closet. You may eventually regret the decision, as reactivated spores long dormant in the shoes cause an itching and burning sensation, but at least it’s a more appealing spot for that kind of discomfort than I wager you’d get from cozying up to Maya. 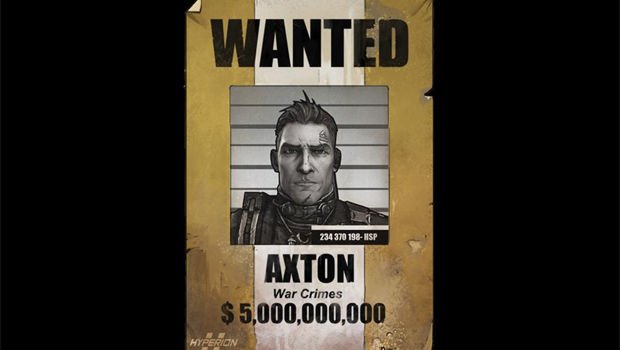 All of the Vault Hunters we have to choose from are criminals, fugitives with bounties on their heads for crimes that they almost certainly committed. Axton, for example, is accused of “War Crimes,” which sounds awesome, but those pantywaists who believe in things like the Geneva Convention probably trumped that charge up. How else can you explain that the reward for Axton’s capture is less than one tenth that which you would get for capturing Salvador and less than one *percent* of what they want for that blue-haired skank, Maya. What did he do? Steal candy from a diplomat’s baby?

It doesn’t bother me one bit that Axton’s reward is less than you’d offer for a lost pet on Pandora. It’s an advantage, since any bandit with a brain is going to look at the cost/benefit analysis of trying to take me down versus marching Zer0’s gimp-masked head down main street on his own katana, showered in a tickertape parade of cold, hard cash, and try to kill that ninja. Serves him right, the show-off. 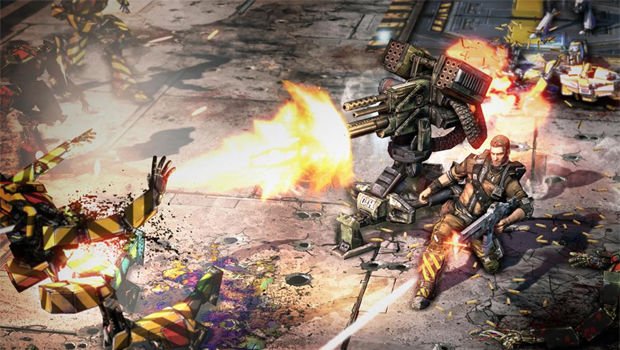 We think the same.

I feel a kinship with Axton because I believe that he and I take a similar approach to problem solving. When dealing with a chronic problem, the first thing I do is try to find a reliable solution to that problem which can be repeated whenever it crops up. The next thing I do is try and find a way to automate as much of that solution as possible.

Axton’s recurring issue is a seemingly limitless supply of insane bandits trying to kill him and the solution is to shoot them in the soft bits and make them die. But where the other Vault Hunters are simply content to directly kill everything which winds up in their field of vision, Axton can’t be arsed to do all the dirty work himself. It’s beneath him. That’s why he built a machine to do it, allowing him to toss that turret out there and turn his attentions elsewhere. Maybe cruise the boulevard for a bit, take in a show, something like that.

He has better things to do, really.