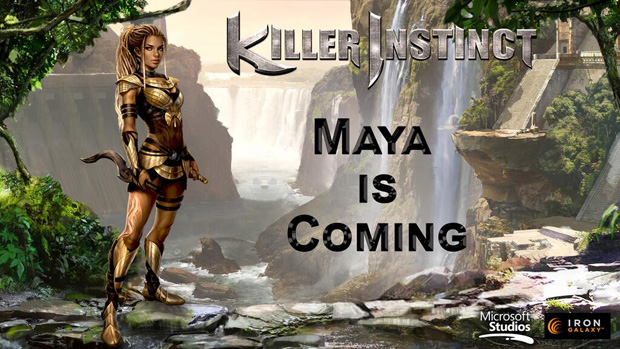 Iron Galaxy is picking up Killer Instinct where Double Helix left off with a second season of content and as announced today at EVO 2014, one of the upcoming characters will be Maya.

She’s returning to the series with her trusty blades which can be leveled up, thrown and lost, and recaptured. Elsewhere in season two, there’ll be new air counter breakers and stage ultras.

Maya’s design is way better than the original one. Boy, that has not aged well.