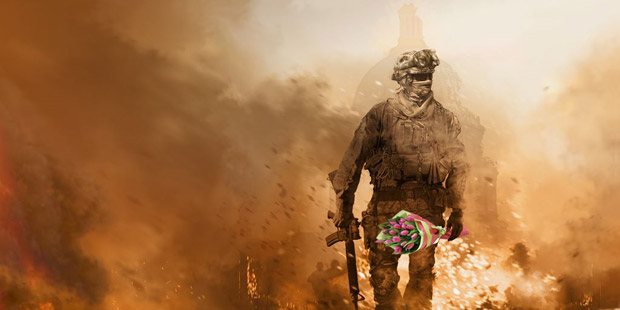 That’s the genius mission of one Modern Warfare 2 player. First off, is it even possible to hit level 70 without achieving a single kill? Well, yeah — you can get experience points in modes like Domination by capturing control points.

But, more importantly, wouldn’t such a goal take a ridiculously long time to pursue? Game Informer reader Glen McCracken, the guy who’s going after this pacifist objective, thinks it’ll take him a solid two months of multiplayer battles to reach the level cap.

He “thought it would be something interesting to do,” and says “It definitely gives you a different perspective on the game, and it’s fun and challenging.” More power to you and your cause, good sir.

Filed under... #Call of Duty#multiplayer#Things gamers do