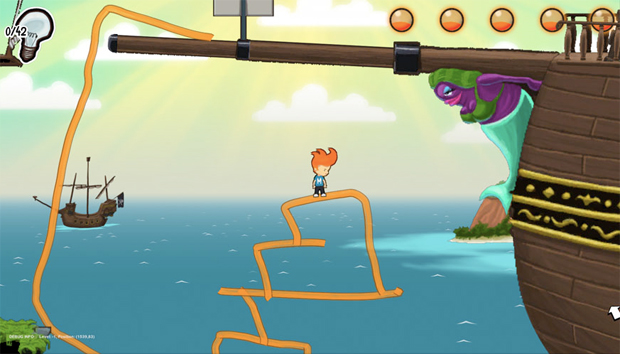 Press Play’s puzzle-style platformer Max & the Magic Marker has been out in Europe for weeks now, and we don’t even have a release date for North America. What gives? The latest update on this front is that we’ll be getting it in March. Yeah, just “March.”

For the time being, the PC and Mac versions are now available digitally. The game is $19.99, sure, but there’s a demo; no need to blind buy or outright pass on Max & the Magic Marker. Although, if you’re willing to wait it out a tad bit longer, the WiiWare version will cost half as much.

I’m probably going to regret saying this in the near future, but for now, I feel like I’ll never grow tired of these games that involve you actively drawing to solve puzzles. You know, stuff like Crayon Physics and, uh, something else that doesn’t immediately come to mind.