Beautiful visuals that go hand-in-hand with the violence

What was once a thriving area of small and unique downloadables titles has slowly become a void. It just seems Microsoft doesn’t care to support what made Xbox Live Arcade so special in the first place. Max: The Curse of Brotherhood, a spiritual successor to Max and the Magic Marker, has particularly peaked my interest as it very well could be one of the last sources of light for XBLA before we make the next console transition.

In a lot of ways, Max: The Curse of Brotherhood is very reminiscent of Limbo, with its platforming that required some thinking in order to progress. Max also channels the spirit of Heart of Darkness, a PlayStation 1 era title that twisted your very own heart as you tried to do everything in your power to save the main character from horrific deaths.

My hands-on demo during PAX East this year saw me near the beginning. Max just obtained a magic marker given to him by an old witch, the only good left in the world, to aid him on his quest to save his brother from evil forces. The marker will have a number of powers associated with it, and the first two I messed with let me draw vine ropes (that I can cut at anytime), and one to create ledge extensions.

There will be flashy indicators to show you where specifically you can use the marker within areas and it’s very easy to use the magic marker. At any point while you’re playing, you’ll just hold the right trigger to summon the marker. From there you’ll move the marker around like it’s a computer mouse with the left thumbstick to draw whatever you need automatically in order to progress. Once you’re done you just let go of the right trigger to immediately get back in control of Max.

There’s still a slight challenge involved getting through levels despite the indicators that make it simple to know where to use your powers. Some areas will see you having to string different powers together, such as drawing a ledge, connecting a vine to it, climb to the ledge via the rope, then cutting the top portion of the vine so you can then shimmy down and finally use some physics to swing back and forth to jump to another platform. 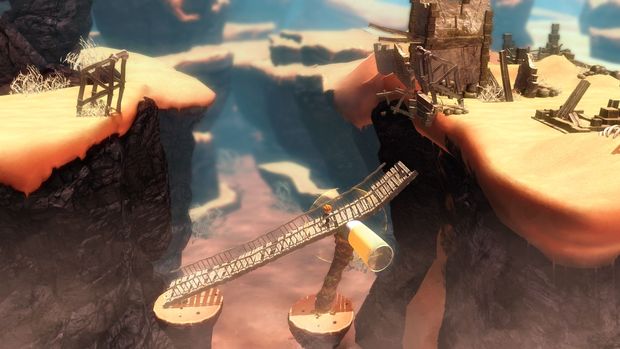 Part of me wishes there were no flashy indicators to tell you where specifically to use the marker’s powers, instead replacing them with stronger environmental clues. Still, what I played was challenging enough and I died plenty of times as I had to try and figure out what worked best in most situations. Dying will immediately set you back to a checkpoint an unlimited amount of times, so trial and error won’t be too punishing.

Other powers you gain sees stuff like letting you raise the ground, shoot out water, and unless fireballs, which is the only aggressive powers in the game. Getting hit with any sort of hazard is an instant-death, and it’s also a shocker too. The world of Max: The Curse of Brother is so bright and cheerful that the death animations become a sharp contrast to everything else. The first enemy I hit was this stationary little glob creature that explodes upon contact. Max immediately fell to the floor, with his face looking straight towards the player, lifeless like a real corpse, eyes open and mouth slightly hung upon. It was eerily realistic.

A later level saw me having to run away from a giant monster with no time to slow down as you navigate the various platforms. If the monster did catch me, it would throw me in its mouth, take a couple of bites, and swallow. Another time it caught me, it held me up by my legs, took one giant swing at my entire little body, and instantly killed me. Again, it’s shocking given the aesthetics of the entire game. 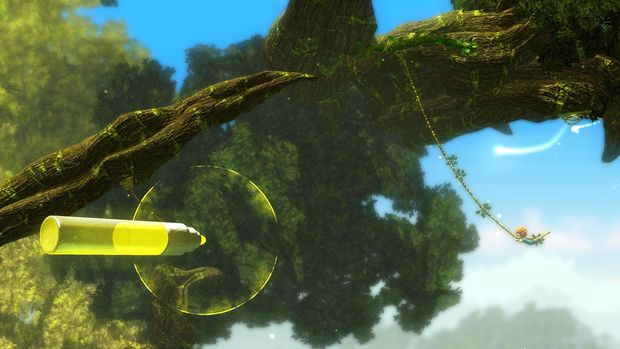 This extreme violence made me instantly very protective of Max. I hated seeing him get hurt, and it was enough to motivate me to try and play better instead of being my usual brash self when I play most other platformers. And while the game is very violent, there is no gore or anything like that from what I saw.

There is a lot of promise here with Max: The Curse of Brother. I had a lot of fun given my sort time with it, and if the controls receive some tighter precision I think this will be one to keep an eye out on for sure.