Fitting for this, the year of Luigi

I quite liked the first Max and the Magic Marker. It was a cute little 2D game that let me draw things and crush enemies with them. I was surprised to hear of a sequel, Max: The Curse of Brotherhood, especially as one of the only smaller games Microsoft trumped up at its E3 conference this year.

Of course, this isn’t exactly a small game. In fact, it’s practically an entirely different game, and not just because of the jump to 3D graphics. Gone are your freewheeling drawing powers, replaced by a series of contextually based drawing puzzles.

There’s also a villain that looks like a cross between Destructoid’s Conrad Zimmerman and some sort of decrepit slug monster. 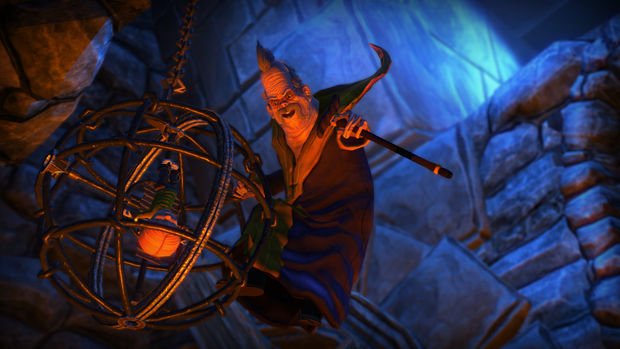 Max opens with a clatymation-esque suburban facade. As Max skips steps up to his room, rendered in a more traditional 3D, he finds his younger brother being a nuisance, as younger brothers are wont to do. After Google-ing up a spell to make his brother scram, an otherworldly dimension rips open in the bedroom and his brother is yanked in.

What a little shit Max is. This is why you need to be nice to your siblings.

Realizing he messed up big, Max jumps in after him, ending up in an arid landscape while his brother is being carted off by a giant.

Unable to catch up, Max begins exploring this strange world. When he comes upon a gigantic tree in the forest, the camera pans out as he approaches, to the point where you can barely see Max’s silhouette running forward. It’s a really cool shot — pulling wide helps show off the scope of the world that features a lot more personality than the first game’s simpler design.

After climbing the tree, Max meets an old woman who tells him about the Conrad slug of a villain, Mustacho, using sock puppets. Then she dies. Her soul infuses itself into Max’s trusty marker, at which point the whole tree comes crashing down. It’s a marvel Max didn’t die, too. Thanks for the warning, lady. 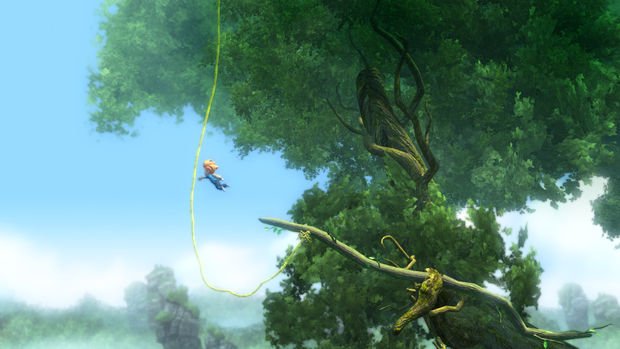 With this new marker, Max can interact with the environment in different ways. To begin, you can raise and destroy rocky platforms by holding the trigger to pull the marker out, bringing it towards applicable glowing areas, and drawing up.

It’s simple and a far cry from the loose cannon drawing of the original game — no more drawing middle finger platforms. This opens up more specific and tightly designed puzzle opportunities, particularly as your repertoire of powers grows and you begin linking them in unison. For example, drawing a tree branch, attaching a vine to it, cutting the tree branch to start it tumbling down, then cutting the vine at the right point in is forward momentum that the branch lands flush on some rocks and can be used as a platform.

It’s less abstract than drawing ethereal orange structures and a little more intuitive as you can expect how the various materials will behave. The biggest criticism from the first game that the team took to heart was repetition, hence the addition of new powers that get introduced incrementally as you traverse several distinct areas in your quest to rescue your brother. There’s more focus, evidenced by the more structured puzzle elements that marry with the existing platforming and enemy avoidance.

You can also pluck out little eyeball security cameras, the game’s collectables, and watch the cute animation as Max wrangles them out of the ground. 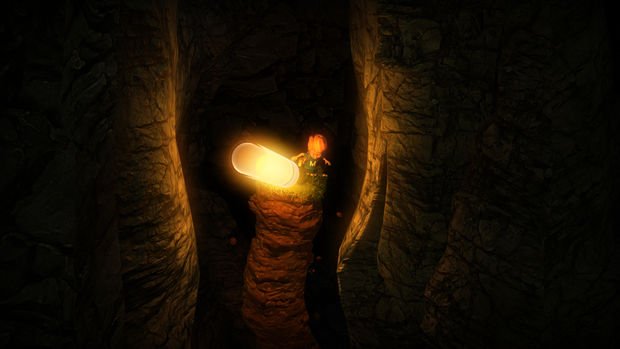 At $15, it’s nice to see some smaller fare finally hit Xbox One and supplement the launch lineup. The originally planned 360 version is still coming out, too, at a later date. Which ever your preference, Max should prove a fun little adventure.