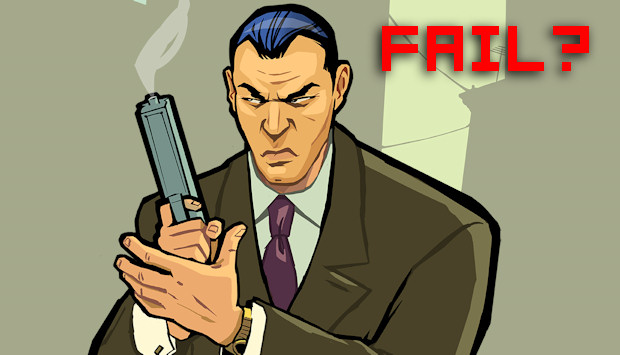 Following the lower-than-expected sales performance of Grand Theft Auto: Chinatown Wars, analysts and other professional guessers are clucking about the potential for mature-rated titles on the Nintendo DS, questioning whether or not it’s worth even putting them out there. EEDAR analyst Jesse Divinch is one such person, claiming that Chinatown Wars is an “important benchmark for the industry.”

“It appears the industry may have been over-zealous with initial expectations on how GTA: Chinatown Wars would perform based upon the news it had received one of the highest quality scores for a Nintendo DS title,” he explains. “It is important to note that there have been many other titles that achieved a quality score above 90 on the Nintendo DS and have failed to sell > 300k units within 3-months in North America (irrespective of ESRB rating).

“The results from Chinatown are an important benchmark for the industry as it will be the best performing mature-rated title on the Nintendo DS to date coupled with one of the strongest mature-rated game brands.”

There’s no doubt that the sales performance of Chinatown surprised a few people, but there are other factors to consider outside of the age rating. Remember, Grand Theft Auto never became a true cultural phenomenom until it became 3D, and fans who started the series with GTA III might be put off by the new look of the game. Since GTA is a mainstream title and therefore a game with “casual” appeal, it’s also possible that some GTA fans don’t even know Chinatown Wars exists.

There’s no denying that the DS is definitely more recognizable for its cute platformers, old school RPGs and mainstream puzzle games, but does that mean mature titles don’t have a home there? Possibly so, although Chinatown Wars never quite got the hype and marketing that GTA IV did, nor did it generate as much controversy, despite the drug dealing minigame. We also can’t exactly call Chinatown Wars a “flop.” It did still chart in the UK and likely made money for Rockstar. I think the issue isn’t as cut-and-dry as some think, although it’s certainly an interesting discussion.