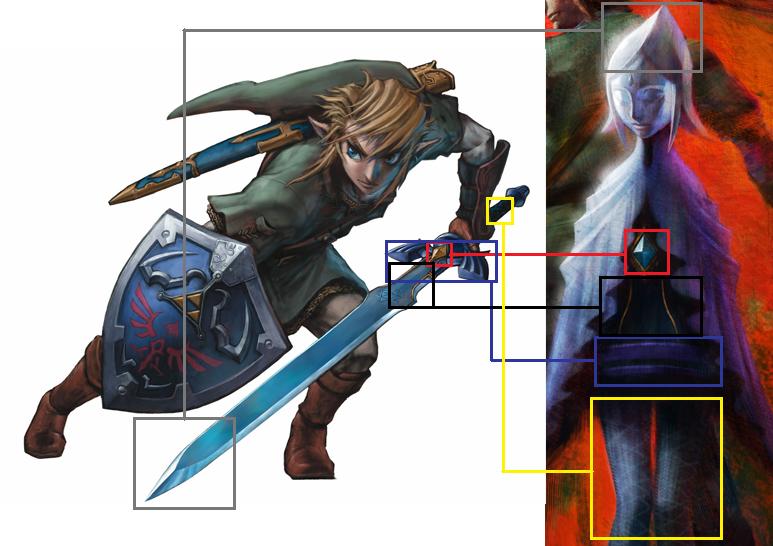 Right now I’m knee-deep in getting another E3 video edited, so I really shouldn’t be posting this, but it’s just too fun to pass up.

Remember that artwork for the next Wii Zelda game that Miyamoto teased us with last week at E3? Well, thanks to a rather obvious hint from Miyamoto dropped at the star of this IGN video interview, and the already discussed resemblance the woman shares with Link’s most famous weapon, we can now safely assume that weird looking chick in the artwork really is a sword, probably the master sword.

Miyamoto has already told us that the next Wii Zelda would use motion plus infused power for one-to-one sword control. How the hell is that going to work when your sword is a full grown woman? Is the next home console Zelda game really going to feature Link picking up a sword shaped lady with one hand and beating people upside the head with her?

If so, will that be awesome enough to get you Zelda-haters to buy a Wii?

Filed under... #rumors#The Legend of Zelda