I’m not much of a MOBA person, but I have really gotten into Heroes of the Storm as of late thanks to its snappy, streamlined design. Shorter matches are a godsend. I’ve also been eying Gigantic, Motiga’s super pretty third-person take on the genre. It showed well earlier this month at E3.

Similar to Blizzard, the team is targeting quick matches. “15 minutes,” said creative director James Phinney, formerly a designer on StarCraft and Guild Wars. “That’s a goal of ours.”

“It’s really important to me in making a competitive game to make one where it’s competitive the whole time and that when it’s not competitive, it just ends,” he said. “None of this like, ‘We’re five minutes in, we know who won, but now it’s thirty minutes or forty minutes of playing it out.”

The game has two teams of five players vying for control of the map and ultimately engaging their opponents’ guardian — a huge, powerful creature. Wound the beast three separate times to claim victory. These staggered attacks are “designed to create dramatic moments for fun but it’s also to build the balance so that there are opportunities to reverse the course of the match.” 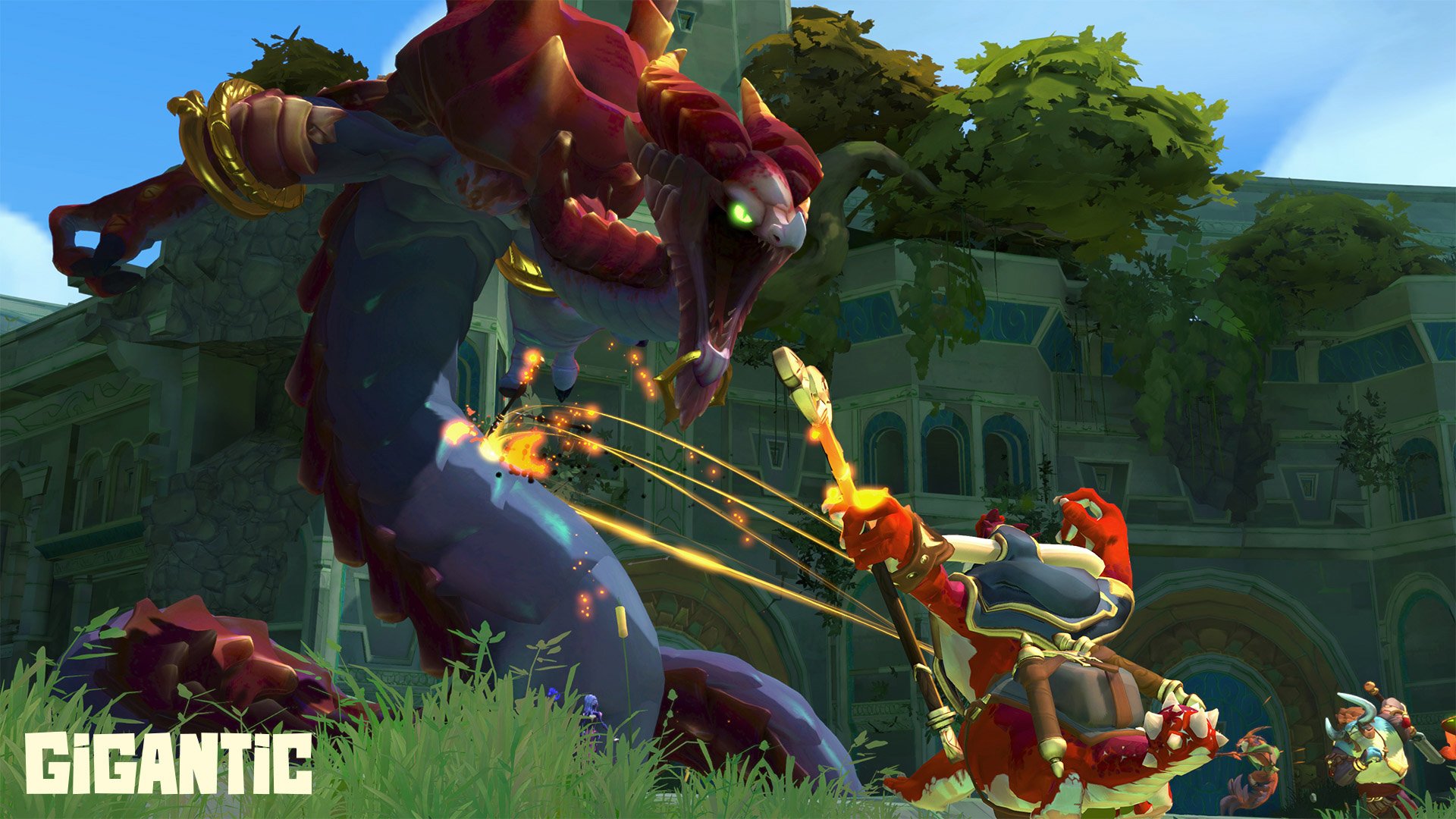 You still have to earn that comeback, of course. Gigantic will open its playable beta beginning in August. It’s free to play, sort of. On Xbox One, you will need an active Xbox Live Gold membership. The Windows 10 version of the game thankfully only requires a free Xbox Live account.

I tried to get any information I could about how Motiga will handle character ownership — there will be a rotation of free heroes, surely — but the studio couldn’t talk about its plans yet. Drat.