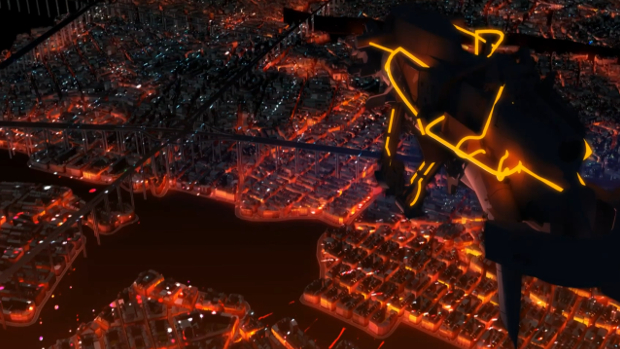 Ernest Hemingway was an aficionado of bull fighting, the “only place where you could see life and death, i. e., violent death now that the wars were over.” He wrote of the matador as an artist in The Sun Also Rises, with as much reverence and even more mysticism than an American sportswriter might pen an article about Ichiro Suzuki, baseball’s best and most transcendent player.

Then Gundam got to it. Matador Gundam.

Well, I’m sure we can have a better mecha’ppropriation than that. How about Matador, this isometric mech game? The synth laced trailer makes me want to watch Patlabor or Otomo’s Short Peace segment. It’s gritty in a good way. It feels scuffed, like 80’s and 90’s anime.

Your goal, the website reads, is to clear the whole city in one night. Choose your armaments and you’re on your own. “When you die, start over and try, try again.” It sounds lovely. Look out for it on Greenlight one of these days, matadorks.