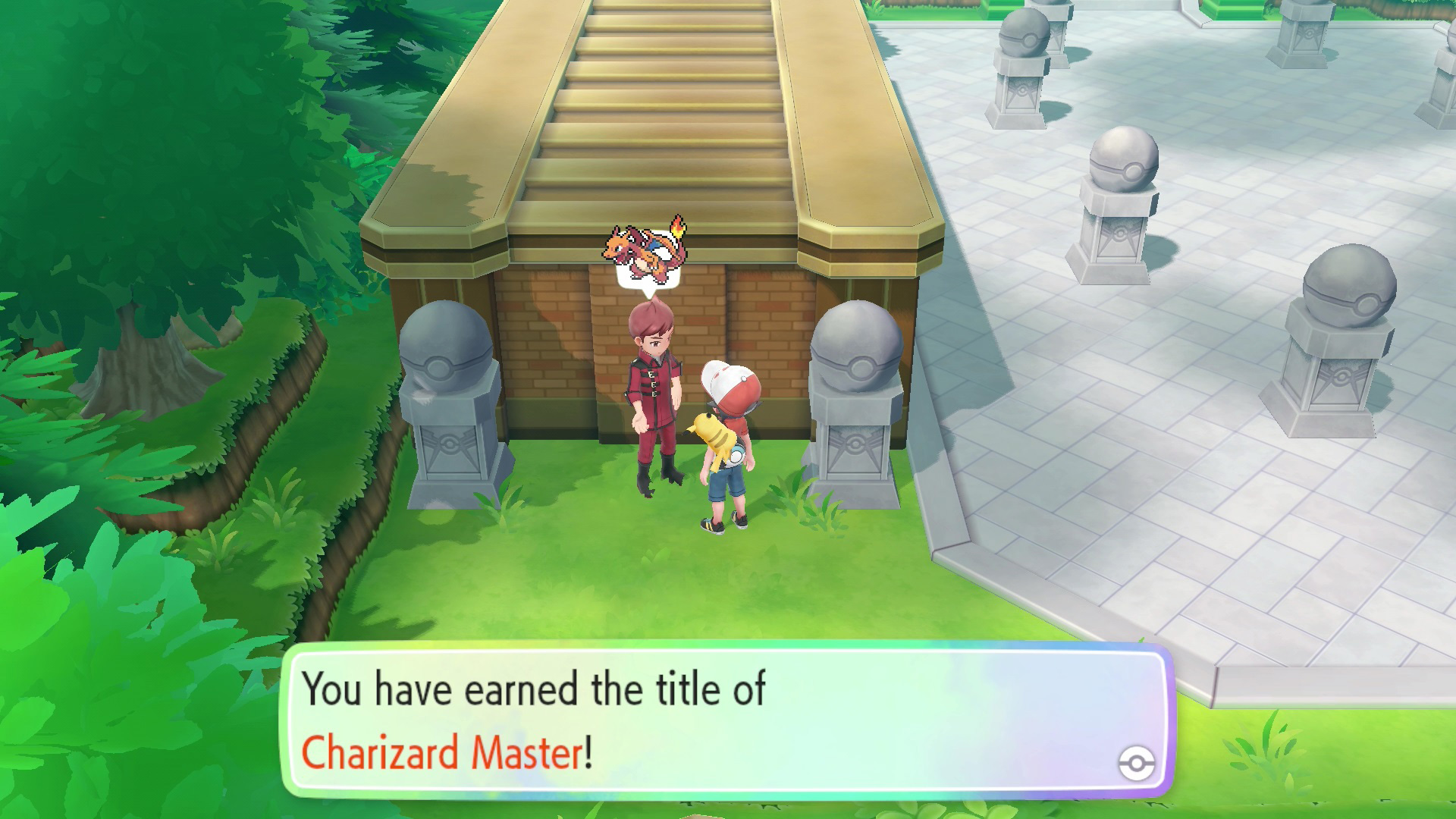 No items, Charizard only, Final Destination

Any good Pokémon player knows that reaching the end credits is only the beginning. That’s when the real work begins. We recently heard that “a good portion of the more difficult stuff is in the post-game” in next month’s Pokémon: Let’s Go, Pikachu and Let’s Go, Eevee. Now we have some specifics.

One element will be all-new Master Trainers. After besting the Pokémon League, you’ll be able to seek out and face trainers who specialize in a specific Kanto-region Pokémon. They’ll have a little icon depicting their species of choice, and when you battle them, you won’t be able to rely on items.

If you win against a Master Trainer, you’ll earn their title (which you can then display in Link Battles).

This surely goes without saying, but yes, there’s a trainer for every single Pokémon originating from Kanto. I’m unsure if there’s a tangible reward for beating them all, but you’ll have bragging rights.

I’m making a beeline for the Gengar trainer. I need that title!