I put on my robe and wizard hat

Master of Magic was better than Civilization. There, I said it. We’re lucky to live in a world where both exist, but the it’s the former that I love the most. Yet Civilization became a huge franchise that has spanned decades, even though MicroProse ceased to exist, while Master of Magic became something of an evolutionary dead end. So it’s not just a game I love, it’s one that desperately needs a second shot at glory.

Occasionally games will crop up that mimic certain aspects of the 4X classic, titles like the less than stellar Elemental: War of Magic, or the wonderful Age of Wonders series, but now, through the magic of Kickstarter, we may be getting a proper spiritual successor to Master of Magic, Worlds of Magic. 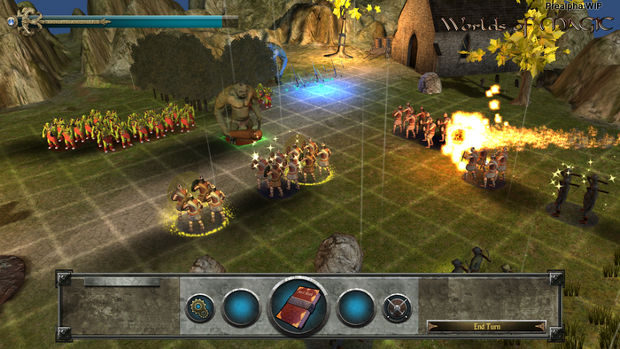 Developer Wastelands Interactive, based out of my hometown of Edinburgh, are hoping to get £30,000 to develop their “true spiritual successor.” Their goal is to create a title built on the solid foundations of MicroProse’s magical classic, adding to the formula without taking anything away.

Players will be able to take on the role of one of ten sorcerer lords, each with their own unique skills and powers, or they can throw caution to the wind and just make their own custom magical ruler. Six playable factions will be available, including the Undead race, which sounds wonderful. The Undead play differently from the other races, not paying taxes, not requiring food, and they have one goal: the extinction of all life.

There are over 300 spells, 80 different military units, hordes of wandering monsters waiting to fight or be recruited, special premade heroes and champions on top of randomly generated ones, and there will even be an Arena mode to test battle strategies and new abilities. 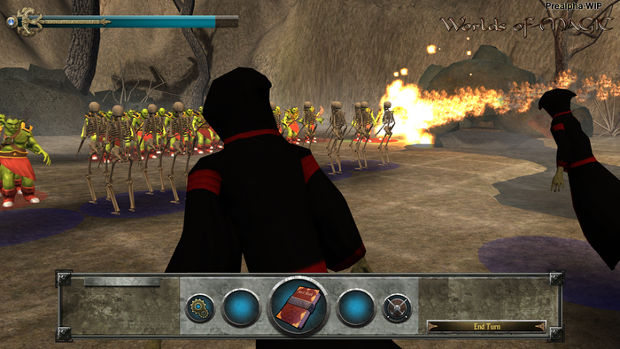 Worlds of Magic would be something of a misnomer if the game was restricted to one land, so it’s a good thing that this is far from the case. On top of having huge, procedurally generated, highly customizable maps, there will be seven planes available to explore and conquer. Magic portals wait to be discovered, transporting players to elemental planes, as well as the undead Shadow Plane or the heavenly Radiant Plane.

At some point in the middle of typing this I changed clothes, and I’m now wearing my wizard robes. Okay, it’s really a fancy dressing gown, but it’s as close as I can get without popping down the costume shop. Yeah, I’m pretty excited.

The plan is for Worlds of Magic to be released in January of next year for Windows, eventually making its way to Mac, Linux, and iOS.