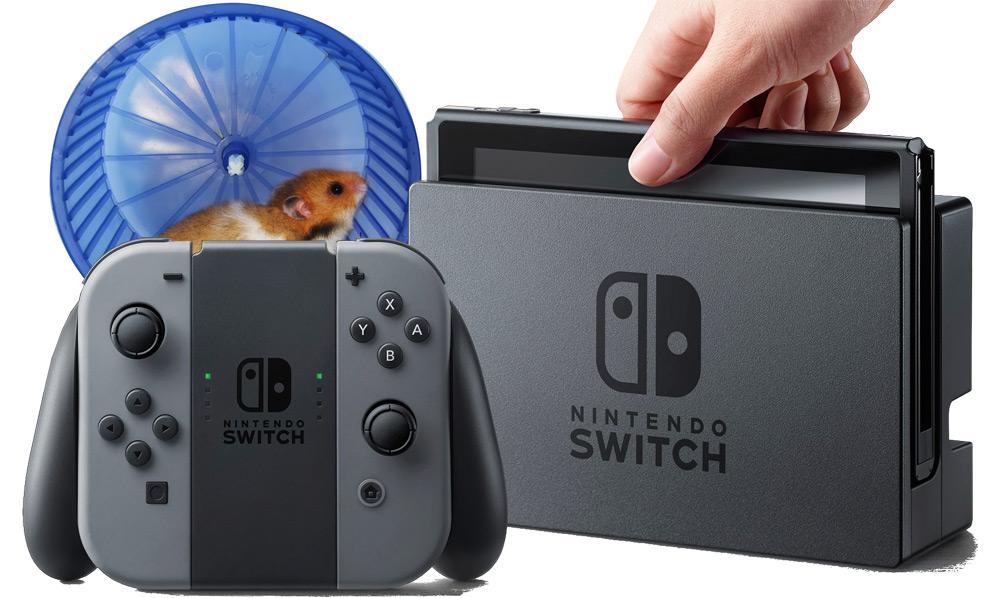 Info dump too crazy to be true

Just weeks before it’s set to hit stores, an unidentified developer leaked a boatload of information about the Switch dev kit issued by Nintendo, confirming reports the handheld-console hybrid is in fact powered by two hamsters in hamster wheels.

The information was uploaded to NeoGAF yesterday and since then, thousands have browsed the post, learning new facts about the Switch such as that it’s inoperable for people born on February 29 and game card sizes vary from 1 GB all the way up to still-not-enough-gigabytes-to-hold-the-next-Grand-Theft-Auto. Brian Provlov, who was first to report info dump, said the leak is giving consumers some much-needed information before the system launches.

“There are so many news things we’re learning about the console from this leak, including how you’ll communicate with other Switches,” Provlov explained. “With this system, you’ll actually connect a string to your unit, and then have your neighbor connect the same string to their unit, thus giving you the ability to talk back and forth so long as you hold it up to your ear.”

Other information confirmed in the leak includes having the ability to access public Wi-Fi despite not having a browser at launch and that the Switch will drop the much-maligned Friend Codes for an easier to use smoke signal system.