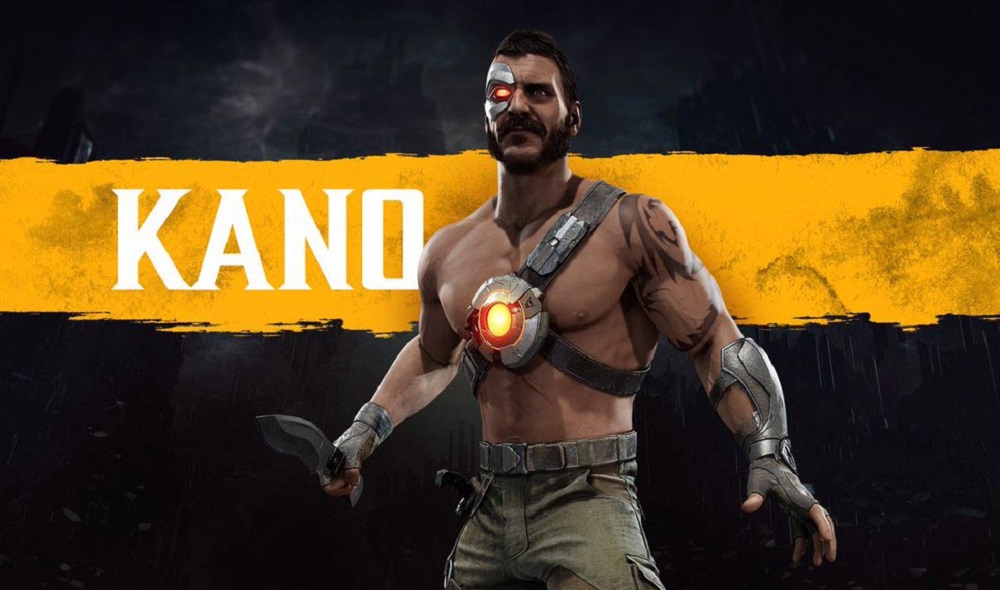 NetherRealm Studios has revealed their next roster addition, ready to knuckle up in upcoming gore-fest Mortal Kombat 11. It’s the man with the laser eye and penchant for spitting in public, Kano.

One of the MK series’ first villains, Kano is an arms dealer, gang leader, and all-round bad egg. A man who’d murder his mother for a fiver, Kano is a reprehensible criminal, who cannot even be trusted by his own kind. With built-in cybernetics, mad knife skills, and the bizarre ability to cannonball horizontally, Kano has been a stalwart member of the roster for decades, perpetually battling his main nemesis, Sonya Blade.

We didn’t get a trailer for the Aussie psychopath, but we can at least check out his render. I think he looks kinda bland compared to his MKX form, but I do like that over the years here’s morphed into the form of the late Trevor Goddard, whose memorable performance in the Mortal Kombat movie led the way for Kano’s design arc, voice and personality.

It has also been announced that Kano is getting a “Kangaceiro” alt, exclusively in Brazil. The Cangaceiros were bandits in Brazilian folklore, who battled against the rich and powerful. Given the “Kold War”-themed Skarlet skin previously shown, it appears that territory-based exclusives are going to be a thing for MK 11 going forward.